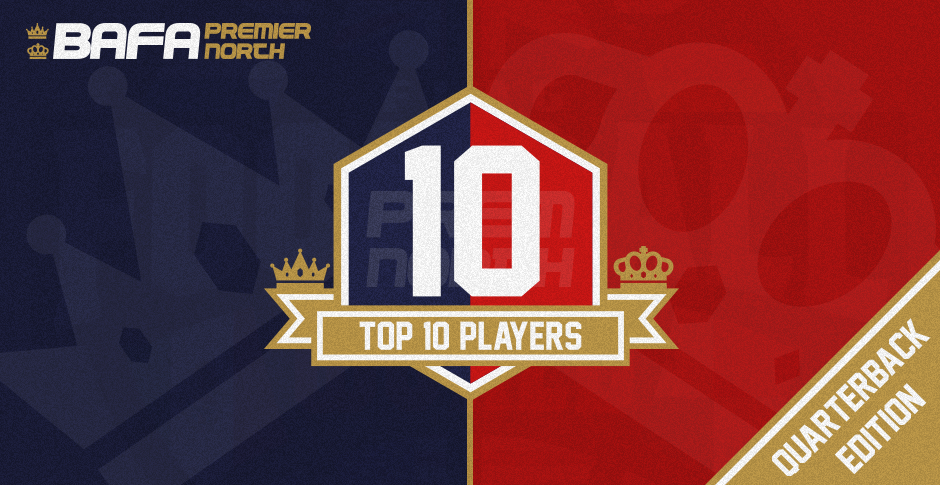 As the HNC and MEC locked horns, there were plenty of QBs separating themselves from the pack. Here’s the top 10 QBs as things stand heading into the last two weeks of the season!

Scott has been a breath of fresh air for the Oilcats, who we were worried were starting to see their championship window close. Scott’s play is one of the biggest reasons that the Oilcats are one of the higher seeds in the league, and are one of the few remaining one-loss teams left.

Alan has continued his rampage through the Premier Division with 47 TDs in 10 games so far. He’s hurt a little by the dual QB threat that the Hornets possess, as well as the running game which was on fire in the early stages of the season. Alan has done a better job of avoiding negative plays than his counterparts this year with only three interceptions thrown.

Alan has emerged as the top QB from the MEC, and with good reason. Against in the Hornets in particular, Alan went toe-to-toe with historically one of the top offences in the league. Getting through the rough HNC schedule within touching distance of the top spot is a testament to how well Alan has played.

Dean would comfortably be higher in our breakdown if it wasn’t for the large volume of interceptions he’s thrown. He’s got 42 TDs already, but 17 interceptions thrown is an issue (that’s 10 in the cross conferences games alone). A return to the lighter MEC schedule should see Dean solidify his place in the top 5, but we don’t think he’ll be able to catch the players above him.

Scott has been unfortunately in year two, as his stellar supporting cast has been riddled with injury. Last year’s top HNC QB has seen a downturn in his touchdown output, but his interception rate is still excellent, with only three thrown so far. It’s a big “what if” year for the Broncos, but Scott has been safe and steady with the ball.