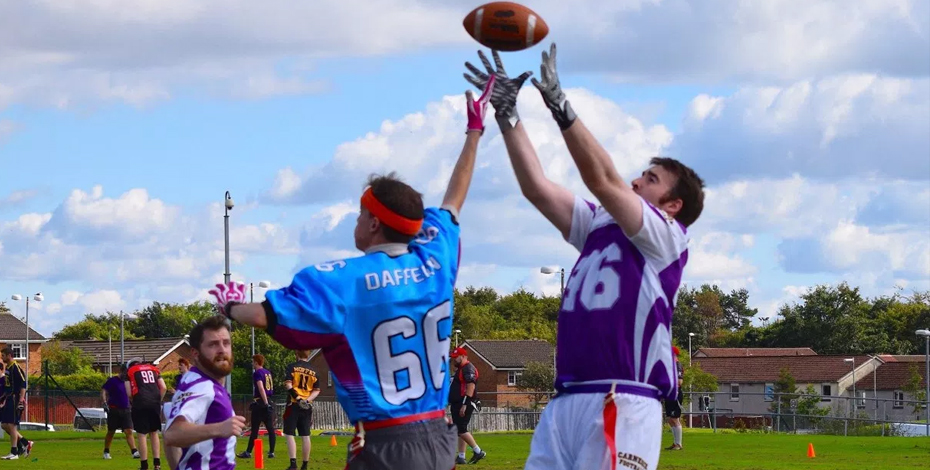 With Flag Football becoming more popular than ever, we reached out to to hear from a player about to embark on his 2nd season.  Stuart Anderson of the Carnegie Renegades gives FFW his reflections of a rookie year in football.

The 2017 season is upon me already and it doesn’t seem that long ago since I first played flag football. Having never played the sport before, other than throwing an American Football around with friends, I was asked to come along to Flag Football Training for Carnegie American Football Club in January of 2016.

Having played Basketball for over 14 years and hearing about the guys who played basketball taking up the sport like GB and Chieftains player Julian Holburn-White, Chieftains players Ross Mclean, Ross Dawkins and Stuart Harwood I thought, “How hard could it be? Run and catch, right?”

It was a bit of a learning curve to begin with, understanding the offensive and defensive basics about pulling flags, route running, getting open, rules and everything else in between.  After a few training sessions it started to click and the only thing I can say is that the game of Basketball and American Flag Football are so similar it almost made my transition to the sport easier.

Both sports have 5 players on the field, or court, at any one time, play man or zone defence and the principles including handing off players during cross routes in a zone are much the same.  Dissecting a defence by the way you run a particular route echos the plays called by the point guard in Basketball. Then there is the basics of catching, footwork, jumping, reading and reacting. The list could go on really so it almost felt natural.

Although I enjoyed training and certainly felt adequate to start playing, it wasn’t until our first game week that the eyes were truly opened to the sport of American Flag Football. During the preseason, we were fortunate to play friendlies against the other Carnegie teams in the Steelers and the Thunder, which was excellent. However, not knowing who any of the teams in the BAFA league were I was naive to think we were doing well considering our team was filled with so many new players at the time.

So the first game week we had an away set of fixtures against the Dunbeth Dragons, Aberdeen Oilcats and the Glasgow Hornets! It had not been fully explained to me that the Oilcats and the Hornets were pretty much two of the top teams in Scotland and in the top 5 in the whole BAFA league, thus it was certainly an experience to play these teams in game week 1. We got beat 25-6, 67-6 and 95-0 on the day. As much as I enjoyed playing and getting to see the competition, it was tough to lose by so much.

Even being at the wrong end of those score lines, I caught the bug for more and decided I wanted to continue improving.  By the end of the season, we ended up with 3 wins and 10 losses, picking up victories against our club associates the Carnegie Thunder, Carnegie Steelers and the debuting Midlothian Sabers. I felt we progressed as a team by the time the season drew to a close, narrowing the score gap to the Hornets, from 95-0 to 72-0, and also the Oilcats, from 67-6 to 42-0.

It’s never enjoyable losing for most of the year, but at the end of the day, it was a taster season for me and one where it was not just a learning curve, but a learning mountain! However it gave me something to work on for 2017.

Post-Season, the Renegades continued to play Flag by entering the Oilcats Quaich Bowl, Chargers Bowl, Carnegie Forth Bowl and Marcus Price Memorial Tournament in Cardiff, all before the end of 2016. This gave the Renegades their first experience of teams outside of Scotland and different players. During our trip to Cardiff, we established a good team morale and spirit which we took in against teams like the Cardiff Hurricanes, Exeter Falcons, Newcastle Blackhawks and the Cardiff Valkyrie Woman’s flag team. We made a good account of ourselves coming away with very close games and putting up a good game against former BAFA Champions in the Hurricanes, which had me even playing QB! 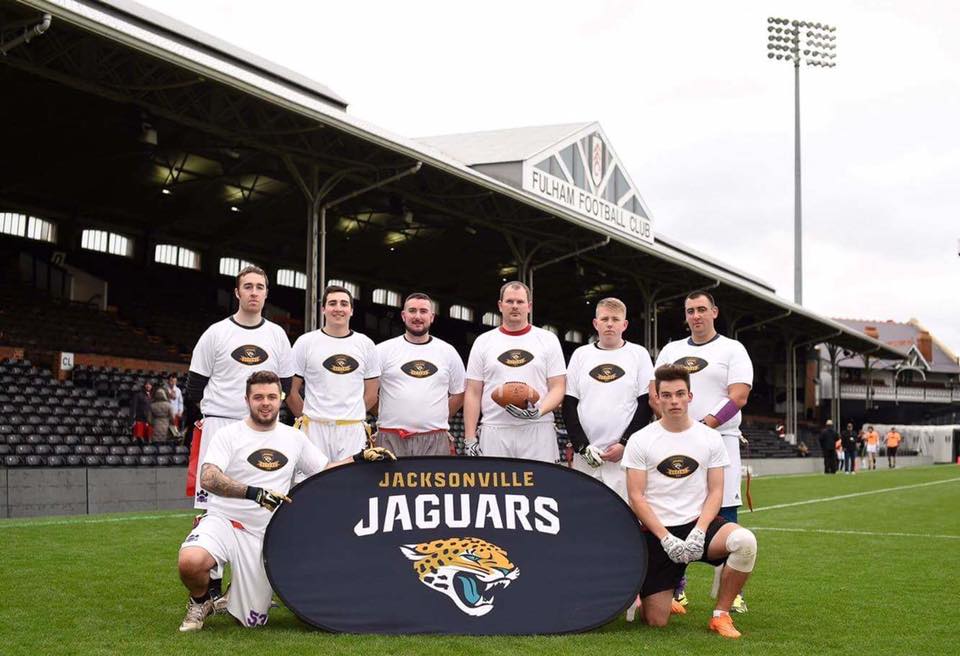 Coming into 2017 I feel in a far better position to be competitive from the offset. Having gained some knowledge and understanding of playing both Offence and Defence in any position I feel more prepared and focused.  I know which areas of my game i need to work on for the start of the 2017 season. In my first season I lead the defence in interceptions and sacks but I am aiming to improve our team defence as whole in 2017. This is an area I could bring some knowledge from basketball to our whole team using communication and awareness. Also, on offence I moved on to learn how to QB better from learning the basic throwing mechanics and footwork thanks to the help of Kirkcaldy Bulls legend and GB Silver Lions Coach, Neil Arnold.

This leads me into my first Flagging New Year. Knowing a few teams and interested to see how we would use our experiences from 2016, we felt positive about our tournament preparation. However being drawn in the “Group of Death” along with the Walldorf Wanderers, Dutch Lions National Team, Grangemouth Broncos, Manchester Crows and the Paisley Spartans, we knew we would be in for a rough time.  Thankfully, we didn’t embarrass ourselves and played much better than the previous year even with a smaller squad. Against Walldorf we had 1 score taken away from us but scored 2 of our own TDs which was really positive against such a hugely talented team, and eventual runners up in the whole tournament.

Flagging new year also made something else clear to me which is that the flag community of players are some of the best and friendliest bunch of people I have ever had the pleasure to meet and play with.  I have met so many new friends whilst growing relationships with other teams.  Ending up 19th overall didn’t really matter as we played some fantastic teams and I believe that we could have done better by maybe beating the Oilcats and Manchester Crows (had I not been playing as QB..).  I believe the main difference was just a lack of experience and throwing ability in those game that let us down. 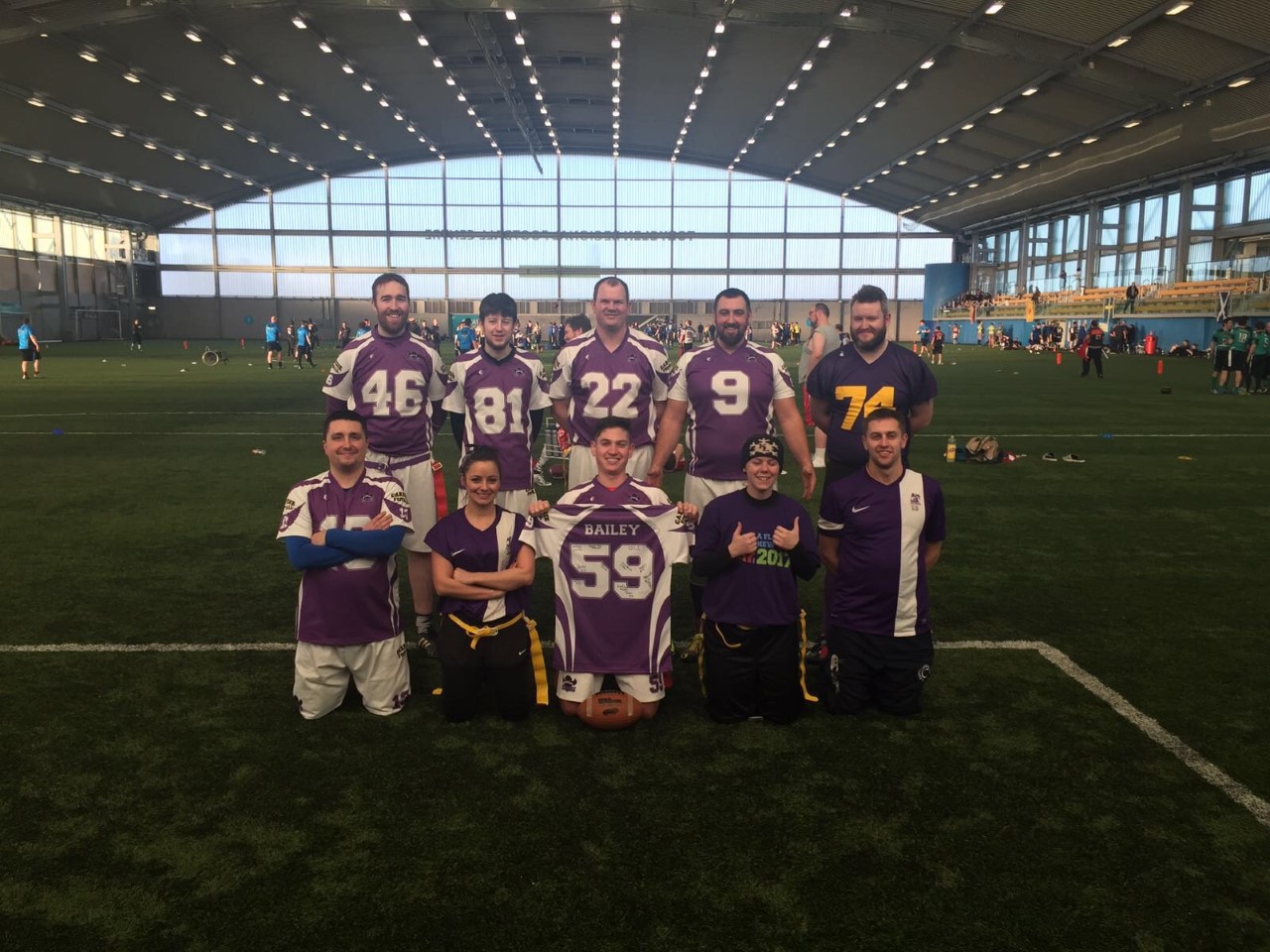 After the Flagging New Year experience I was persuaded to attend the HNC Chieftains Trials. I was certainly hesitant to go as I knew the guys who all played in the HNC already and they are very good, so I knew I wasn’t at there level or ability yet.  What I didn’t know is there was also the Barbarians and the Higlanders ,which are the developmental squads for the Chieftains. They train with the main Chieftains squad but also play games, so looking back I was silly to think I shouldn’t be going as everyone was so helpful and I have learned so much from just three sessions.  Post trials I was selected to play for the Barbarians and I was thrilled to get the opportunity.   I look forward to pulling on the kit and represent Scotland and the HNC.

About the same time I was also asked to attend Big Bowl in Germany this year with the Kirkcaldy Bulls, who are affiliated with the Carnegie American Football Club.  They have taken 1 player each year to Big Bowl which is one of the biggest tournaments in Europe if not the world.  I am told there are some incredible teams and since learned that the Chieftains will be in attendance which again will be a great experience.

2016 was a great learning year and 2017 is shaping out to to be a great year for me as I continue to gain more knowledge and experience. My aims this season is to make the playoffs with the Renegades and making it to the Premier division in 2018. So I’m thoroughly looking forward to my second year with HNC Chieftains/Barbarians, Kirkcaldy Bulls , Carnegie Renegades and the Flag Football Community and friends.