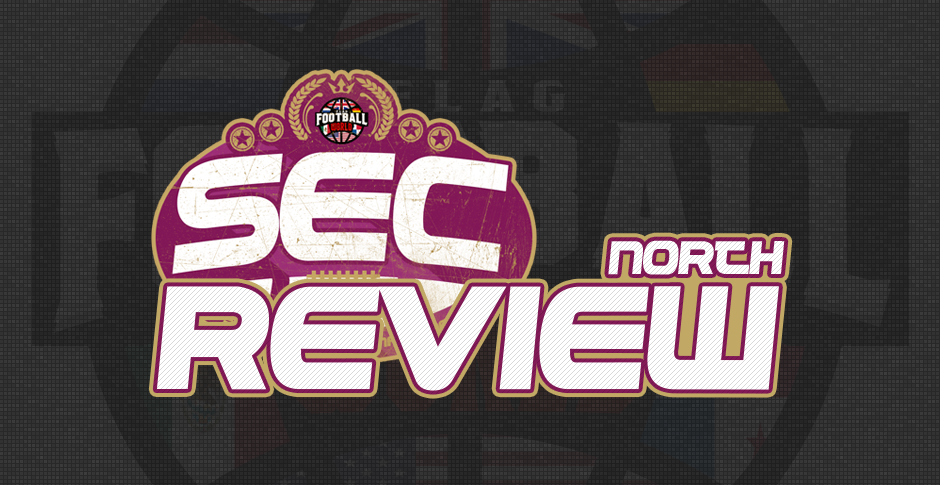 The Spartans, lead by GB Lion Jeff Bond, looked to start where they left off from last season with some great performances but would find themselves frustrated by a plucky Bedford side in the first half. The Blackhawks got off to a great start with a first play touchdown and continued to match Aylesbury ending evens a half time. After the half the Spartans started to come out of their shell and pull away to end up comfortable winners. Offence took centre stage for the Spartans, as Harry Staszewski found Dan Benning and Dan Bhamra on multiple occasions for scores, while Jeff Bond continued to be a threat. Harry Staszewski‘s 9 TD passes with zero interceptions earned him our game ball.

One of the more interesting games of the day would be between the West Essex Showboats against the Ware Wolves, where talented GB Silver Lion QB James Woodward would get a chance to showcase what he can do against his old side, who would have the incumbent Nick Bertenshaw under centre. James left the Showboats after being unable to topple Nick’s place at the top of the depth chart, and thus switched sides to give himself the reps he needed to boost his GB chances.  He got off to a great start as his Wolves marched straight up the field to score. The West Essex Showboats are still a power house in the SEC and would show this by replying quickly and then adding a safety to increase their lead.  Unfortunately the good start by the Wolves would become a memory, as they squandered opportunities to match the Showboats offence,  allowing the West Essex side to stretch their lead further.

As the game continued into the second half, the Wolves turned it around and brought the game closer, but the Showboats were scoring at will, including a nice tipped TD catch by Sam Taylor. The plucky Wolves showed that, with the help of Woodward, they will be a menacing side and scored two quick TDs to draw the game closer. However on this occasion, the experienced Showboats would hold their nerve to win.  Sam Taylor of the Showboats impressive display including a key interception, as well as a number of catches including some classy one handed efforts. Sam’s performance earns him our game ball for this one.

This encounter was back and forth with the Blackhawks scoring on their first possession.  The Showboats would pull it back, and continue their fine offensive form, given them a lead of 7 pts at the half. After the break, West Essex came out with speed and intensity, completing a few quick passes and scored to increase their lead by a further 6 pts. As the game went on, the Showboats continued to score and came out as easy winners in the end.  Showboat Reiss Muckley takes our game ball with an incredible 9 sacks and a couple of TFLs.

Most teams found success on their first drives on this day, and the underdog Wolves jumped out to an early lead with a TD on the first play from scrimmage.  Again, James Woodward made the difference at the QB spot, and the Wolves lead at the half 26-13.  However, just before the half an injury to Wolves centre seemed to change the swing of the game. The Spartans came out in the second half and scored two quick touchdowns, both to Dan Benning, to bring the score level.  Some excellent defensive play from the Spartans enabled them to get back in touch. Trailing with 20 seconds to go, the Wolves drove up the field to the 5 with two quick completions in the middle of the field but on 1st and goal a strong defensive play by the Spartans stopped the Wolves in their tracks giving Spartans the win.  Dan Benning picks up another game ball for his performance in this game.

After the disappointment of two close losses in their first games, the Wolves showed they were determined to finish the day strongly. They accelerated into an early lead and never relinquished it. Some strong defensive plays combined with some good offence gave the Ware outfit the lead at half time. Some more good defence in the 2nd half kept the Wolves in front and if not for some dropped deep passes, they would have had an even more comfortable lead. In the dying seconds of the game, a Bedford receiver diving for a catch appeared to land awkwardly on his shoulder and injured himself. We hope the Blackhawk has a speedy recovery. For his efforts on the day and in this contest, the game ball goes to James Woodward.

Arguably the main event of the day, this looked to be a tussle for the number one spot from the SEC North. After a day were almost every game started with a score on the first drive, both teams had their opening exchanges end with nothing to show for it. The Spartans drove all the way to the one yard line, only to be stopped. After a couple of plays, West Essex came up empty after 4th and Goal at 10. Aylesbury managed to break through and score on their 2nd drive to take the lead at 6-0.  The following drive by West Essex came up empty, as they failed to even make a 1st down.

The Spartans immediately extended their lead with a run by Jeff Bond from 1st down making the score – 13-0. Showboats QB Nick Bertenshaw came back with a methodical drive, capped off by a TD to Reiss Muckley.  The XP, was also good courtesy of a toe dragging catch from the impressive Sam Taylor, leaving the Showboats only trailing by 6.  The Spartans would not be disheartend though as they would again score through the pacy Jeff Bond, however the crucial XP was no good leaving the game at a close 19-7.  West Essex would again come up empty after an end zone interception by Sean Martin of the Spartans, leaving the score unchanged.  West Essex regrouped at half time and came out firing, with a drive down to the end zone, where Nick Bertenshaw found again, while Sam Taylor scored the valuable XP, narrowing the score to 19-14.

The next drive by the Spartans would come up empty after great tackle by Phil Casson on 4th and short. This would allow the Showboats to go up the other end with a bomb to Phil Cason, who made a magical toe dragging catch – followed by an XP from Ant Haynes, leaving the game at 21-19 in favour of the Showboats.  A nicely designed play by the Spartans with the QB rolling out to secure 1st down looked promising but came up fruitless after an end zone drop. On the next West Essex drive, a nice catch on 4th down by Ollie Stone, springing like a salmon from a fresh spring lake extended their possession of the ball. A big penalty called on 3rd and goal gave the Showboats a 1st down and, and Nick Bertenshaw capitalised, finding Sam Taylor for the TD and the XP. This gave the Showboats a 9 point lead going into the latter stages of the game. The Spartans tried to advance to ball through Jeff Bond, however a sack on 4th down by Reiss Muckley turned the ball over to the Showboats. West Essex however gave the ball back to the Spartans after a set of downs with just around a minute left. The Spartans needed a miracle, but ultimately ran out of time. Dan Benning tacked on a late score, and Jeff Bond added a two point conversion to bring it within one point. This was a thoroughly entertaining game, but our game ball goes to Nick Bertenshaw, who showed poise and control of the occasion, giving his squad a huge victory in the process.