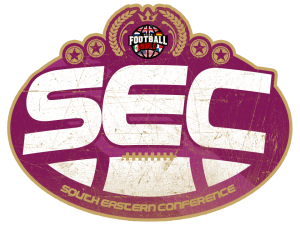 It’s time to name the winners of the SEC QB of the Year! We need to disclose that we were missing a number (3 in total) stat sheets from this conference. While what was on those sheets was unlikely to change any winners, we felt it was only appropriate that this should be included in our announcement. Similarly, the SEC was marred by a number of forfeits, meaning some players missed out on opportunities to increase their totals. We will review our scoring for next year, but for now, volume stats were used to announce the winner, as opposed to averages. 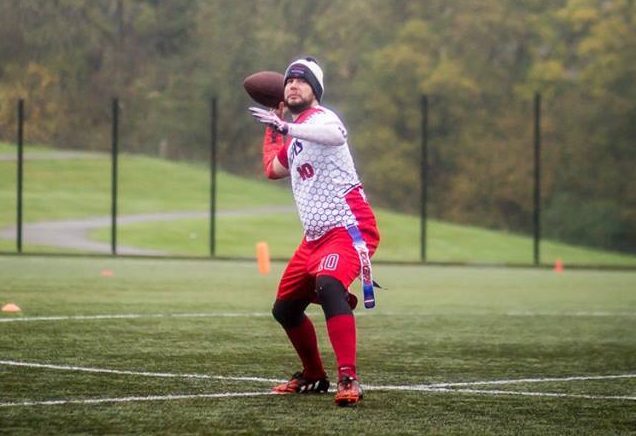 It’s all over in the SEC, and with a narrow margin, Vince has won the SEC QB of the Year! With plenty of experience at international tournaments under his belt, it should be no surprise that the Buttonhooker gunslinger tops our charts. Interestingly, he won by 7 points, and converted a ridiculous 13 two point conversions, which essentially settled the battle at the top. Vince’s game is a perfect marriage of arm talent and street-smarts, as he knows how to manipulate a defensive scheme to put his receivers in the best position to make a play. He has a talented cast to support him, but his presence was missed when the ‘Hookers lost their only game of the year to the Lions, and narrowly defeated the Spartans. Prior to that, Vince had been on a tear through the SEC.

Highlight performances included throwing 9 TDs against the SEC South champion Chichester Sharks, and another 11 in two games against the excellent London Rebels defence. It felt as if Vince and the Buttonhookers improved as the season wore on, which is bad news for other teams in the Southern playoff bracket. We caught up with one of Vince’s top targets, Steve Mongey, to give us his thoughts on Vince’s first season in the BAFA leagues:

Vince has the arm of Brett Favre, the brain of Peyton Manning, the competitiveness of Tom Brady and the running ability of Michael Vick. As he told me to say all that he also has the ego of Kanye West.

Truly though Vince is a beast. He only started playing this format of football just over a year ago but has taken to it like a duck to water. His intelligence on the field and understanding of the game sets him apart from the competition and it’s a very rare thing to see him make a mistake. He has the arm to take the top off any defence but the touch to put the ball into the tightest of windows and he makes us receivers look good by doing so.

I think he is the best QB in the country and we’re honoured and thankful that he’s on our team. Oh he is also the best snapper in the country, there’s Kanye talking again

Congratulations Vince on winning the inaugural SEC QB of the Year award!

Calvin vs Vince was always going to be an interesting competition we’d be keeping an eye on, and it got especially interesting when the two teams were drawn into the same division. We saw a pair of epic tussles between the the Britbowl Champs and the new kids on the block. In his match-ups against the Buttonhookers Calvin went essentially blow-for-blow against Vince, but came up less than a score short in both losses. Aside from that, it was a pretty flawless year for the Rebel, as he actually scored more TDs than Vince, and was lethal on XP plays. The Rebels defense arguably might have hurt Calvin in his quest for this award, as they scored a number of times themselves, robbing Calvin of 12 valuable possessions!

The Panthers will probably be sick of looking up at the Rebels and Buttonhookers. The Victoria Park squad finished 4th in the UK last year, but controversially find themselves on the outside looking in now that the playoffs are here. Peter threw the most TDs in the whole conference, but unfortunately suffered his fair share of turnovers as he threw 24 interceptions. Peter will unquestionably enter the second tier of the BAFA leagues as one of the best QBs in the field if he continues his fine form from this year.

Neil finishes as the #4 QB in the division after a fantastic campaign for the Sharks. The Sharks captured the SEC South in fairly comfortable fashion as Neil helped himself to a banner year. Neil guided his team to a number of epic victories, including near flawless showings against the West Essex Showboats and Aylesbury Vale Spartans.

Nick’s season started later than others, as the Lions unfortunately forfeited their first three games of the year. However Nick coasted through the rest of the schedule and put up huge scores on teams. His 7 TD performance against the Chichester Sharks and scalping of the Buttonhookers reminded everyone that the Lions are not to be underestimated in the playoffs.