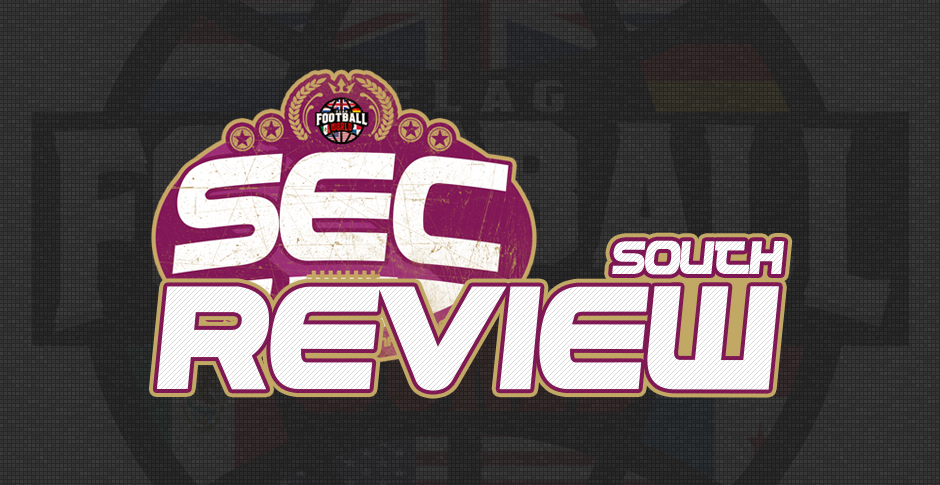 The return set of fixtures in the SEC South division saw the Reading Knights hosting at the University of Reading Sports Park. A perfect grass surface with exceptional line marking and great facilities, which included a Starbucks for post-match ice creams, provided a great setting for a long day of football on a warm day interspersed with an occasional drizzle of rain.

First up were the Chichester Sharks and Reading Knights. The return fixture on the first day of the season saw the Knights go three scores up twice before the Sharks pegged things back to win by a single score. There would be no such surprise this time though as the teams traded scores early and often, but with the Sharks offence stuttering due to multiple dropped catches. The Sharks started to pull ahead in the second half behind 5 TD passes from Neil Henderson to Corey Bedford before some inspired substitutions saw Henderson make two interceptions on defence to stamp out any chance of a Knights fight back. Corey wins our game-ball for his efforts!

Next up for the Chichester Sharks was the Reading Lions. Unavailability of players in the first set of fixtures in April meant the Lions forfeited three games against the teams they were playing today and they were keen to get more games in the win column. This was a high-scoring, end to end affair. The Sharks drove down gradually on their first drive and punched in the score only for the Lions to score on their first play from scrimmage with Nick Schippers hitting centre and ex GB Lion defender Carl Hagan on a short out route which Hagan took down the side line and through the Sharks defence for the TD. The next play would see the Lions take the lead with a bad pass across his body from Henderson being picked by the Lions for the defensive TD. The teams traded scores for the rest of the game with the Lions taking the lead as the end of the game approached. With time running out the Sharks moved the ball up field but a Bedford drop on a tough attempt on 4th down as time expired gave Lions the win. For his command in this classic shoot-out, Nick Schippers gets our game-ball!

The Solent Thrasher versus Knights was another very tight affair with multiple TDs scored and two interceptions each. Most notable in this game was a Thrashers series which saw them get the ball into the Knights three times but actually concede two points! Starting the drive at their own 5 yard line the Thrashers scored on three consecutive length of the field plays but had each called back on penalties (an illegal forward pass for QB going over the LOS, offensive pass interference and illegal contact: for the ball carrier running into a defender). The Thrashers accepted each penalty in good spirits, something that many a team would not have done. The next play would see Thrashers QB Adam Chewie Russell sacked in the endzone for a safety to give up two points and return the ball to the relieved Knights. After a hat-trick of offensive scores, Tom Barnes gets our game-ball in a losing effort.

With only 6 players on the day, the Thrashers were starting to find the going tough and this really started to show in their next game versus the Sharks. The Thrashers would score twice but this was little consolation as the Sharks put up 6 TDs, including a rare rushing TD by centre Gary Robinson, and a win which secured play off football for the Sharks once again. Gary picks up a game-ball in this contest after his trio of TDs.

The Knights final game of the day would see them face cross city rivals the Lions. Things were very close up until half time before the Lions took a strong grip on the game. Behind three interceptions, the Lions drove the ball consistently with the Knights defence unable to stop Schippers as he spread the ball to multiple receivers. Schippers picks up his second game-ball of the day after throwing for a further 8 TDs.

The final game of the day would see the Thrashers take on the Lions. The results from earlier in the day suggested this would be a very one sided game and nobody really gave the Thrashers any chance in this one at all. Perhaps over-confident, the Lions struggled to move the ball and score. Not for the first team this season in the BAFA Flag League it would be extra points that would be the difference. While the Lions were able to convert 2 of their 4 TD the Thrashers went 0 for 4 on their 4 TDs. Tom Barnes again was a thorn in the side of the opposition defence, as he snagged three TDs again. He gets our game-ball for another impressive performance!

The results give the Sharks a guaranteed playoff spot with second place still up for grabs between the Lions who are one game ahead of the Knights going into the final set of fixtures on the 16th July. One win from their two games (against the Hackney Cougars and Bedford Blackhawks) will give the Sharks the divisional title while the Lions and Knights battle for second with their games vs the Showboats and Buttonhookers, and Spartans and Rebels respectively.

Check our SEC Hub for all the latest standings and scores!