At the end, we had our 2018 champions in the Novo mesto OMP KNIGHTS who won against Kočevje LAZAR WILD HOGS. Third place was won by Ljubljana KILLERBEES. 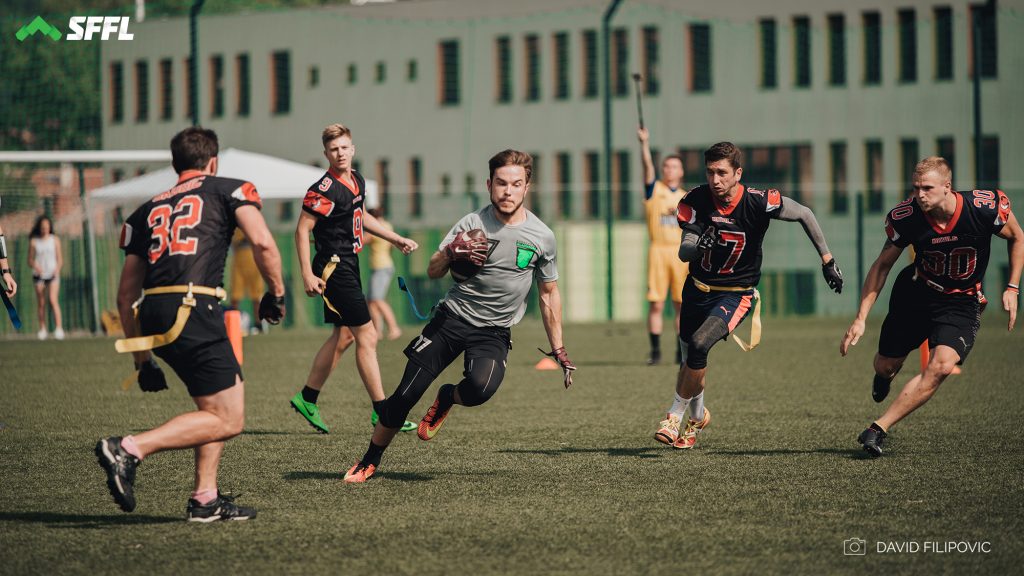 Even though Alp Devils ended up ahead of Gladiators after the end of the regular season, they managed to lose their wildcard game. Gladiators showed more poise and beat the team from Kranj with experience from previous playoffs. Their standout was Luka Pergar who intercepted Lebar’s pass and returned it for a touchdown. Miha Mohorčič also took care so the offense provided enough points so the score was never close. 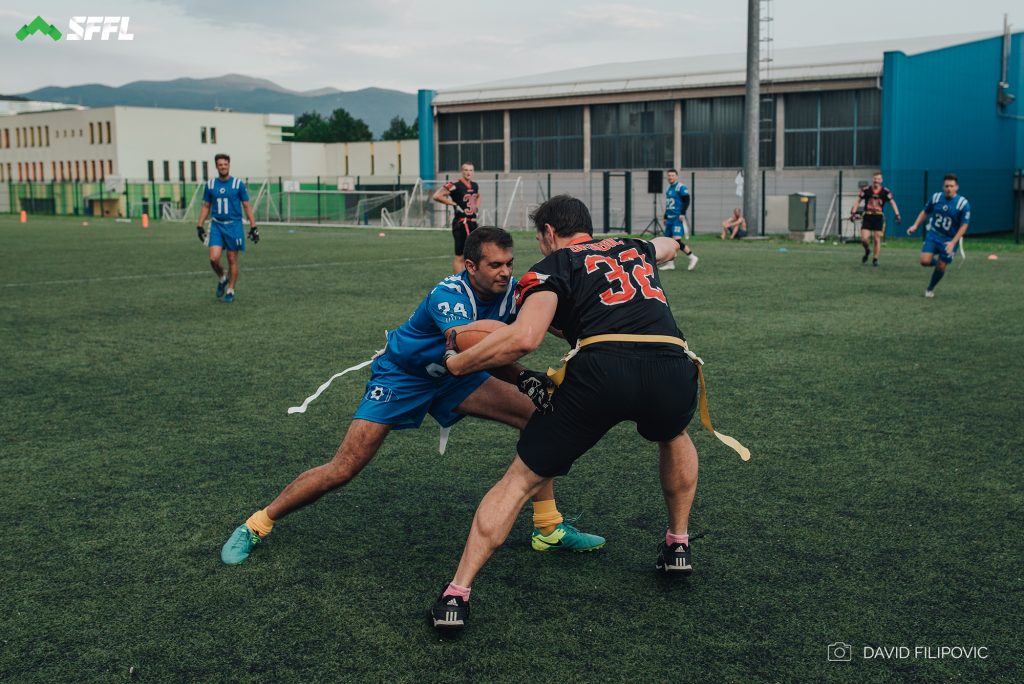 The team from Kočevje got the opponent who in theory looked easier to beat but Dukes showed a lot better game on the last tournament. The final score was a bit closer than what was expected but it was mostly due to interceptions thrown on both sides that hindered the progress of both offenses. Tim Potisk was a big problem for the opposing quarterback sacking him three times. Juraj Brajnovič from Dukes was again their best player showing that age is just a number in this game. 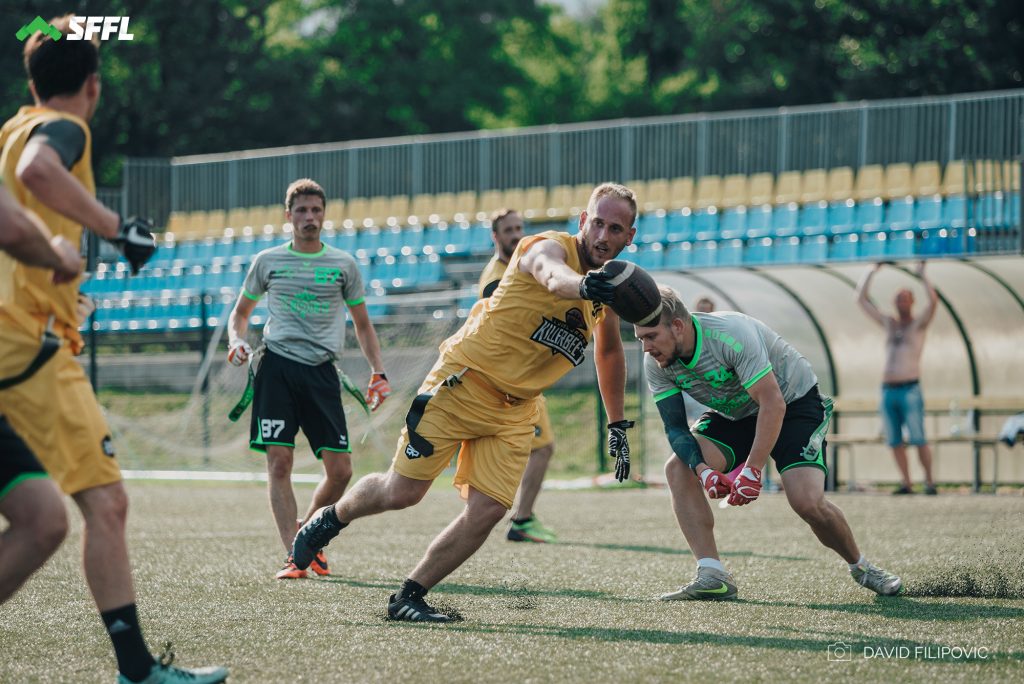 Nothing much to say here. The game was very one-sided because Knights didn’t want any chance for someone to surprise them. If we look at players statistics we can see almost all Knights players ahead of Gladiators. Even though Miha Mohorčič played well in the first game he couldn’t do anything against Knights. He threw 3 picks and was sacked 4 times. The team from Novo mesto replaced their starters in the second half like many times before and still managed to keep a clean sheet.

While the semifinals game between Knights and Gladiators was a snooze fest, the game between KillerBees and Wild Hogs was one for the ages. Both teams made sure we were watching one of the best games in the history of Slovenian flag football. We could see long passes which Klemen Lavrič managed to catch between two KillerBees defenders for 2 touchdowns, we could see another interception from Gregor Hertl and superb play on offense and defense on both sides. At the end the score was tied at 26:26 and we were going to see the first overtime ever and it was played in semifinals. 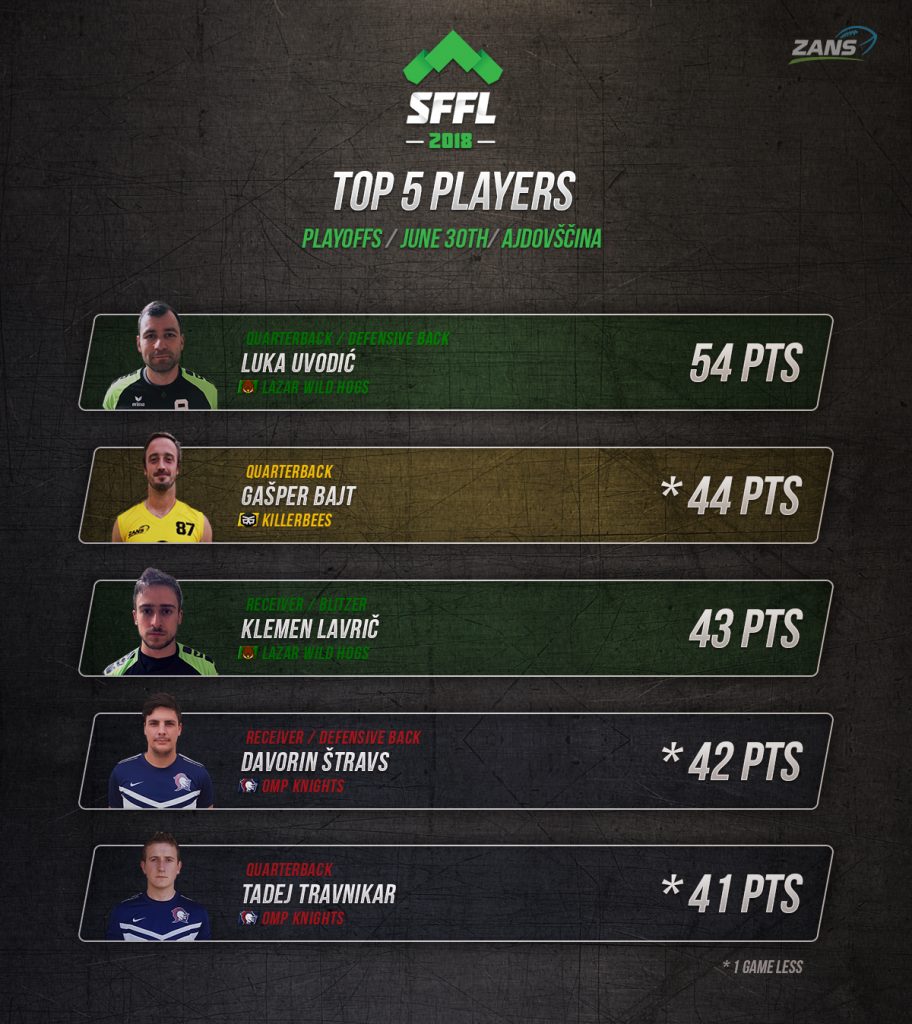 KillerBees started first from the middle of the field and managed to score a touchdown. When trying to score a point after the pass was overthrown. Wild Hogs got their chance after and also scored. They also converted the point after with a pass to a quick slant route and therefore won the chance to play in the finals.

Alp Devils played better each tournament which was shown with their standings climb where they finished on 4th place after the end of the regular season. Not sure what stopped them from winning their wildcard game but they cleaned up their game and won against Dukes without many problems. They also just scratched the surface of what they can do if they commit to playing flag football and could be a real contender next year. Dukes can also play a lot better if they only bring more players to the tournaments.

Gladiators and KillerBees meet few times before in a game for the 3rd place and usually, Gladiators came out victorious. This year we could already see from the regular season that KillerBees played better mostly due to some new players. They missed finals for the slimmest of margin but made sure they’ll get at least medals for the 3rd place. KillerBees took the lead first and created big enough margin to safely finish the game. Gladiators also played good but the fatigue from a game more showed at the end. 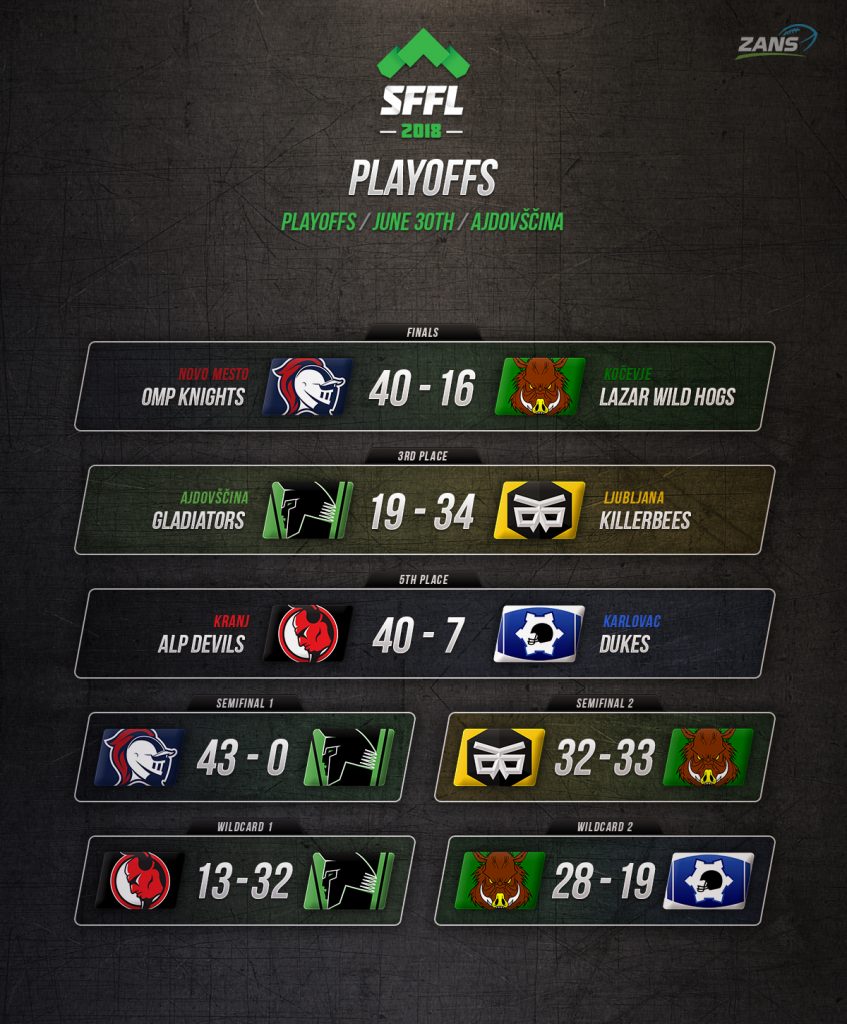 The final game started quite equal for both teams with both scoring on their first drive. Knights managed to score also on their second drive while Wild Hogs couldn’t produce points in their next drive but managed to sack the quarterback in his end zone for a safety which put the score at 13:9 for Knights. Before the half, Wild Hogs managed to trail their opponent but then Knights scored just before the end of the half and increased their lead to 11 points.

As we seen it, again and again, second half belonged to Knights who managed to score 2 more touchdowns and shut down Wild Hogs who couldn’t reach their end zone anymore. After that, the lead was big enough for Knights to put in their backup players who calmly brought the game to a conclusion. Besides league’s MVP Štravs who caught most of the passes Luka Vavžik also proved himself by catching 3 touchdowns and 1 interception. Travnikar as always calmly led their teammates through the game throwing for 6 touchdowns.