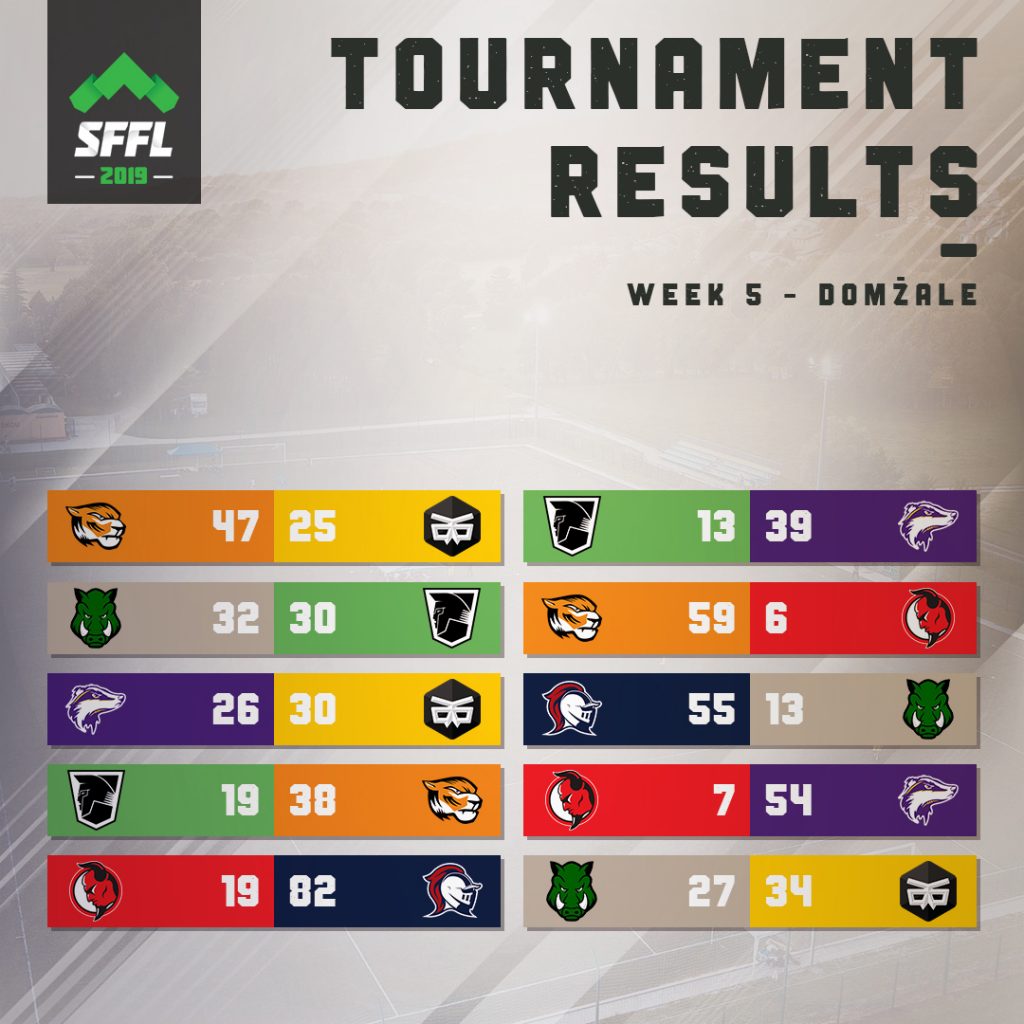 SFFL 2019 regular season came to an end in Domžale with its 5th tournament. There are now only the playoffs left, with the top 6 teams making it in. Let’s see which teams made it and what the wild card round has to offer.

It wasn’t a tough day for the Knights who only had 2 games to play in Domžale, with both being against the lowest ranked teams. Nevertheless, they did not take it easy, scoring 137 points whilst conceding only 32. With a bye in the wild-card round, they will be waiting for the lowest seeded team coming out of the wild card games. It will most likely be the Killer Bees, not that it matters much for the highly favoured defending champions.

Jazbeci ended the day and thus the regular season with 2 wins and a loss. In their last two gamedays they did not look like the team from the start of the season, when they were the only unbeaten team after 3 tournaments. They lost against Killer Bees as well as against the Tigers, making their semi-final game, most likely against the Tigers, that much more interesting.

The Bees left Domžale with 2 wins and a loss against the home team, which put them in fourth place in the standings. This means they will face the Gladiators in the wild card match, hoping to avenge their loss earlier in the season. Facing the Knights in the semi-finals seems like a lost cause, so we predict a 3rd place battle against whoever wins the Jazbeci -Tigers game. If Jazbeci prevail, our prediction is that Bees will finish 3rd , winning over the Tigers. 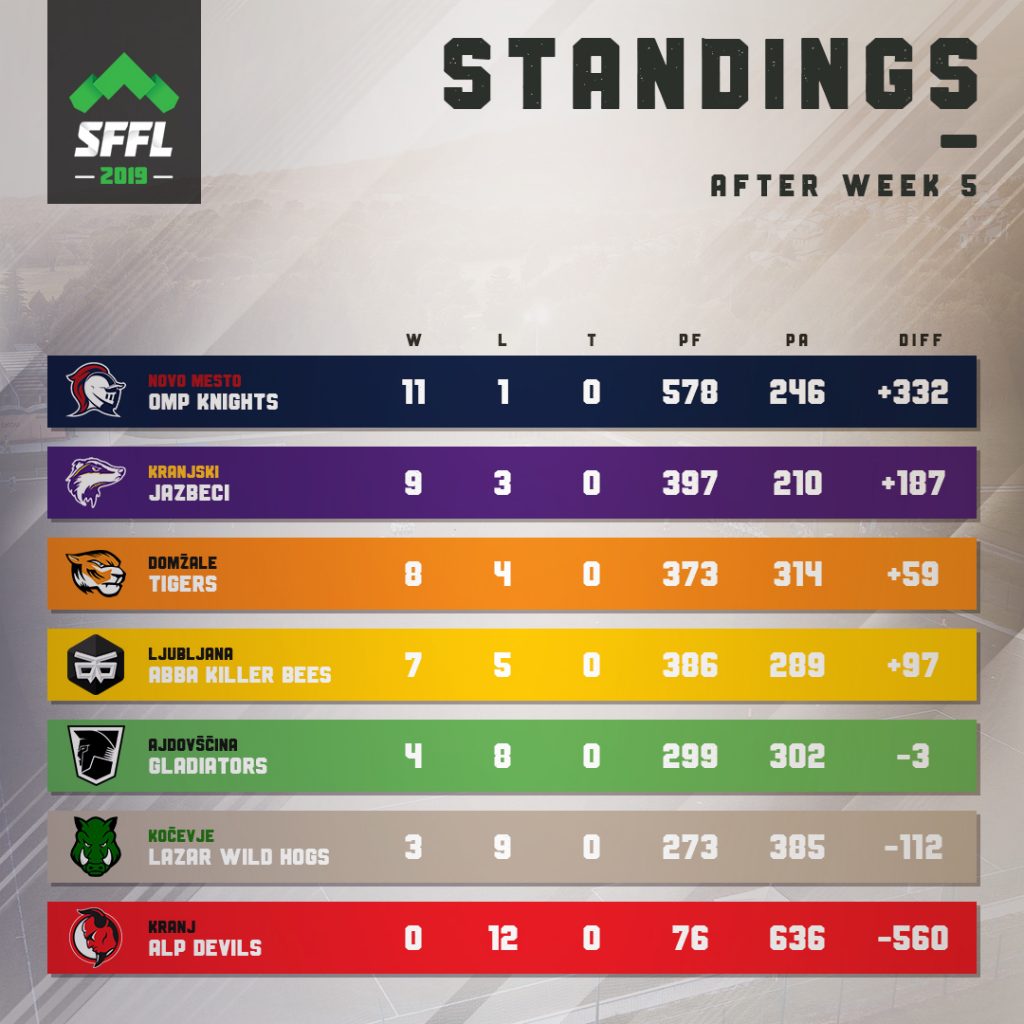 The young Tigers excited the crowd at their home tournament winning all three of their games placing them 3rd after the regular season. If they win against the Wild Hog in their wild card game, they will face Jazbeci in the semi-finals who they have beaten once earlier in the season. In any case, their semi-final and most likely 3rd place game will both be very evenly matched.

After being unbeaten at their home tournament, the Gladiators were not so successful in Domžale. While their three losses did not move them in the overall standings, they put a big question mark on their capability to beat the Killer Bees in the wild card game. If both teams show up with their full roster, the Bees should have the edge.

Near the end of a season full of changes at the QB position, the Wild Hogs might have finally found a permanent solution in Matej Mihelič, their 5th QB of the season. Matej more than proved himself in his first tournament as a QB, beating the Gladiators and narrowly losing to the Bees. They are up against a tough Tigers team in the wild card game with slim chances of winning since they lost both games they faced them this season.

Unfortunately, the Devils will not be playing in the Playoffs tournament, since only the top 6 teams advanced. In their first season with the young roster they did not manage to get a win, but have shown on many occasions that they could reach for better results with just a bit more experience in the sport. This season was a great stepping stone for future seasons to come.