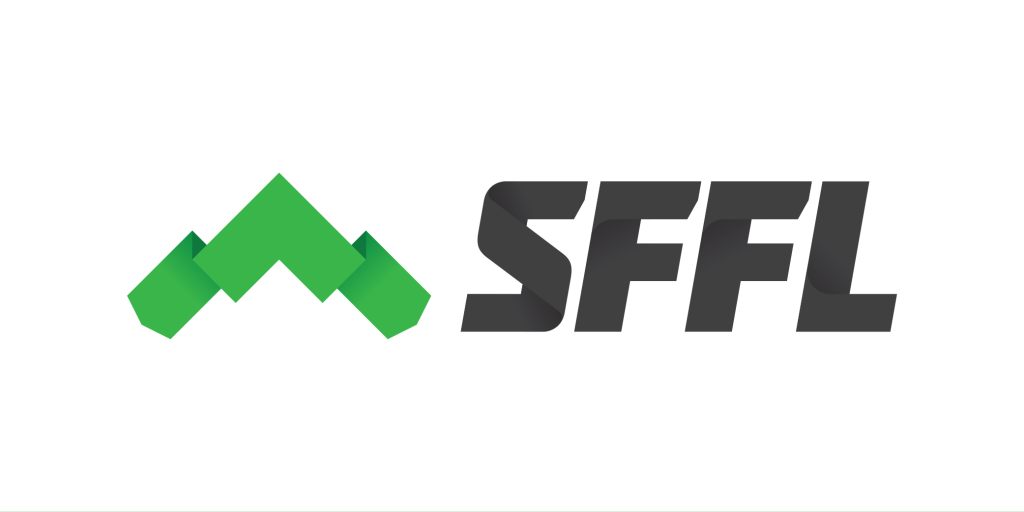 The fourth and the last tournament of the regular season is done. It was played on Saturday June 23rd in Ljubljana on a sunny day that provided good conditions for the pitch with the natural grass. There were some surprises but the standings managed to stay pretty much the same. Unfortunately, we saw the first cancellation in SFFL with Werewolves not showing up due to a lack of players. This automatically put Dukes in the playoffs and helped some other teams get an automatic win.

Knights played Killer Bees in the first match of the day which could very well have served as a preview of the expected final. They both played well the first half and the score was really close but Knights again prevailed in the second half finishing the game 40:25.

Being first on the standings without a loss, Knights will wait for their first opponent which will be the lower ranked winner of the wildcard games. This could be either Alp Devils, Gladiators or Dukes. For them playing in finals is as sure as it gets. 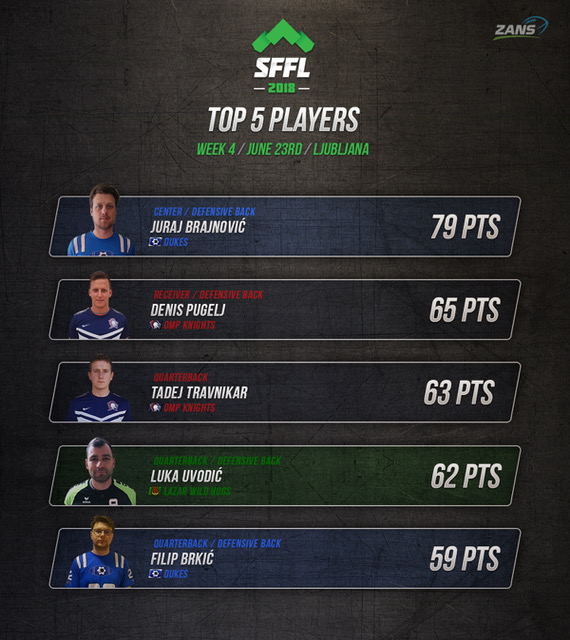 Killer Bees had to fight for their second spot on the table. They somehow managed to lose their game against Kočevje and not only that … they lost with 7 points difference which put Kočevje above them in a tie situation for 1 point! Still shocked about their loss, they played Dukes in somewhat of a catastrophic manner. At one point both teams threw 2 interceptions each in 4 consecutive plays.

At the end a dropped TD pass from Dukes secured a Killer Bees win 28:26 which was pivotal for keeping second place in the standings. They will now wait for the highest ranked winner of wildcard games which will most likely be the Wild Hogs.

The Wild Hogs really lucked out on the last tournament. They had a prime position to take the 2nd spot away from Killer Bees when they won their game by 1 point more than a team from Ljubljana did against them. Unfortunately for them, they managed to lose the game against Alp Devils who played their hearts out.

They’ll play against Dukes in wildcard round which shouldn’t pose any problems to them. Then they play Killer Bees again in the semifinal game which could go either way since both teams managed to beat each other. 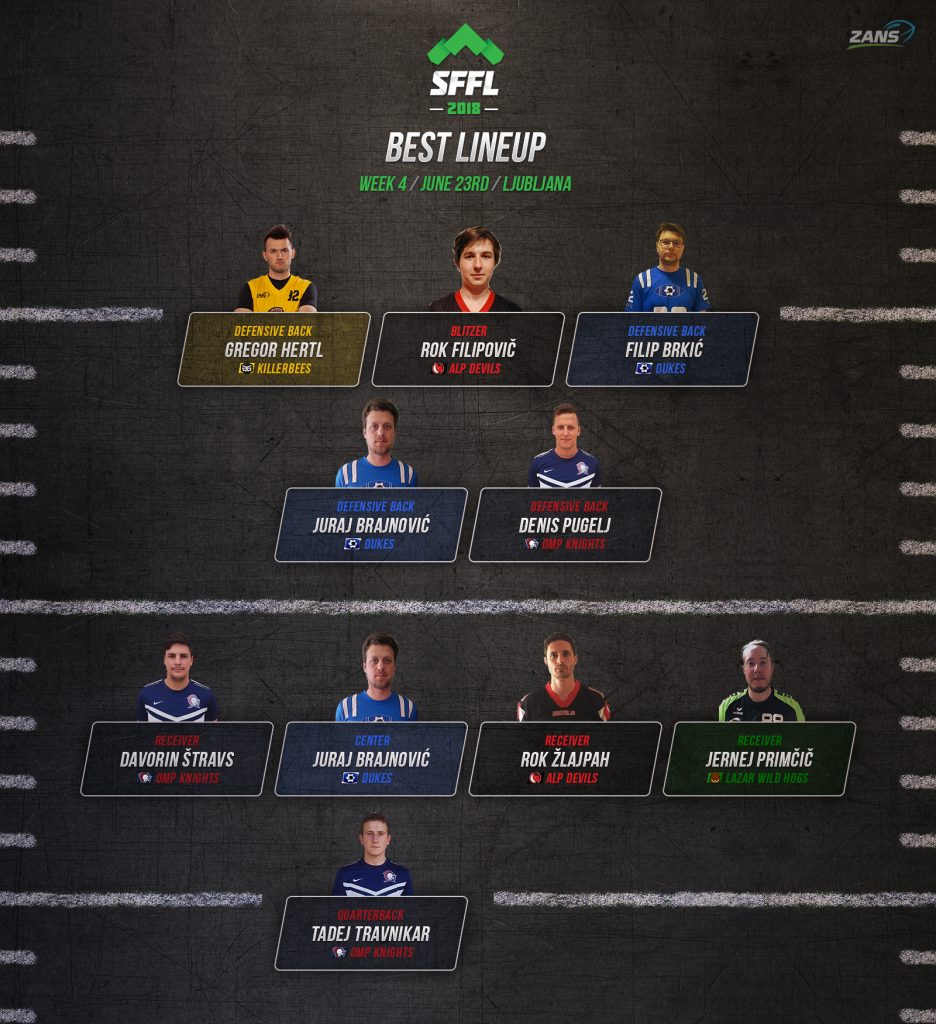 Alp Devils didn’t start the tournament well losing to Knights in a record setting 81:33. I guess they were a bit shocked because they also managed to lose the next game against Gladiators who we thought they would beat. Well, whatever they lacked in the first two games they surely showed in the last game against Kočevje and won it at the end.

They’ll play against Gladiators in the wildcard round and the game could be really tight since the Gladiators’ style of play is hard to figure out for the Devils. We still think they’ll manage to pull out a win even though the opponent is playing on home turf. If they do, Knights await them in semifinals which should surely stop their progress.

It’s really weird how the last tournament played out. Teams that were better before managed to lose against lower ranked teams and win against higher ranked teams. Same goes for Gladiators who lost to Dukes but then beat Alp Devils. There was no surprise though in the game against the Knights. The Wildcard round awaits them where they’ll play Alp Devils again. They’ll need to show their best game to continue to the semifinals. The Alp Devils are playing really good football currently and it will take a lot to beat them. Hopefully, the Gladiators show up with more players now that they’re playing at home. 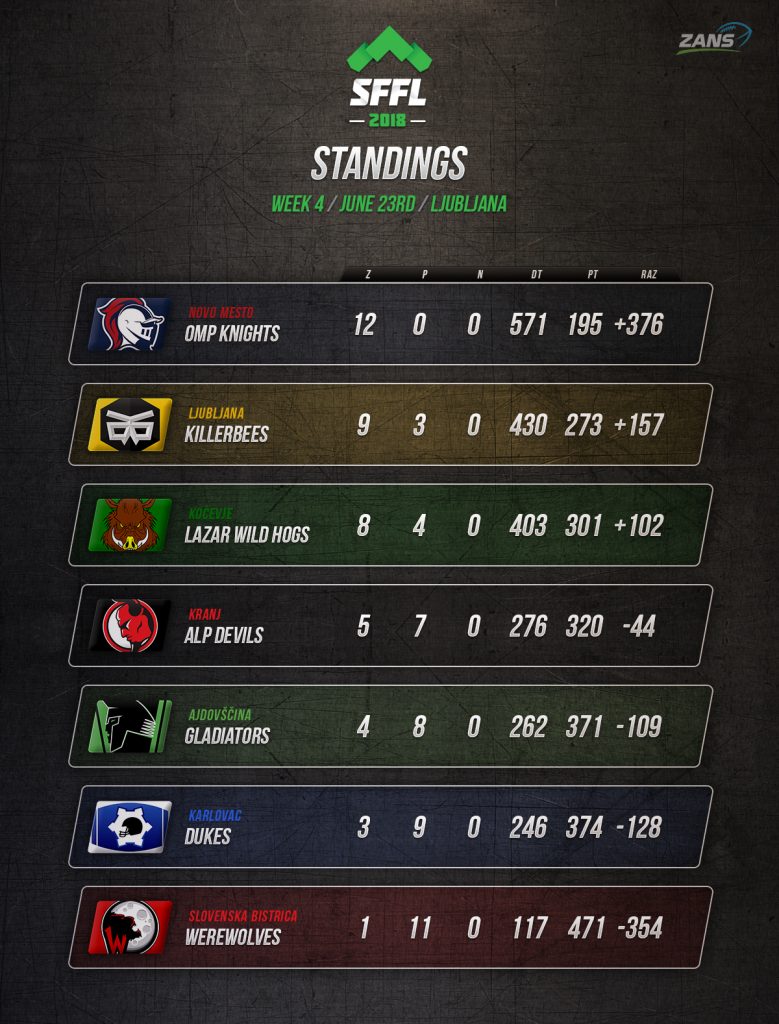 Dukes were super close taking away three wins from the last tournament but fell short by dropping a long pass in the end zone in the last seconds of the game against Killer Bees. Having one more win would shake up the tables a bit and they could’ve played a team from Ljubljana again but now they got Wild Hogs who seem to be an equally tough opponent. If they somehow manage to pull out a surprise win they would play the Knights in semifinals which should mean an early exit and fight for the third place but we don’t see this happening. Our prediction is they’ll play against the Gladiators in the game for 5th place.

It’s very rare that a team has a no-show in Slovenia but this year we saw the first one. The Werewolves couldn’t gather enough players for the last tournament and had to forfeit their games which automatically locked them in last place. This is really a sad end for a team that not long ago had the most players in their ranks. They’ll have some time now to refocus and maybe come back with a new plan and new players.

Playoffs start on Saturday, June 30th in Ajdovščina where all 6 teams have theoretic chances to become the champs. The tournament was shifted to later hours so teams can get their first Saturday night lights feeling! 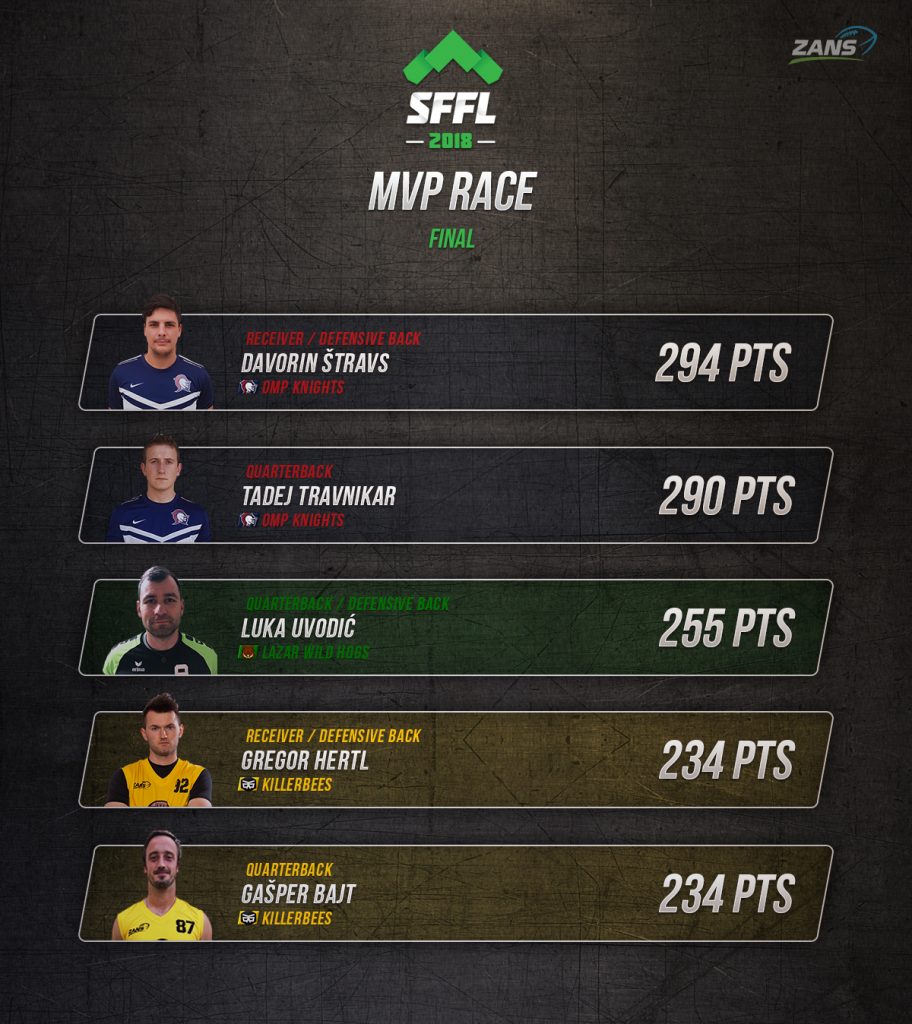