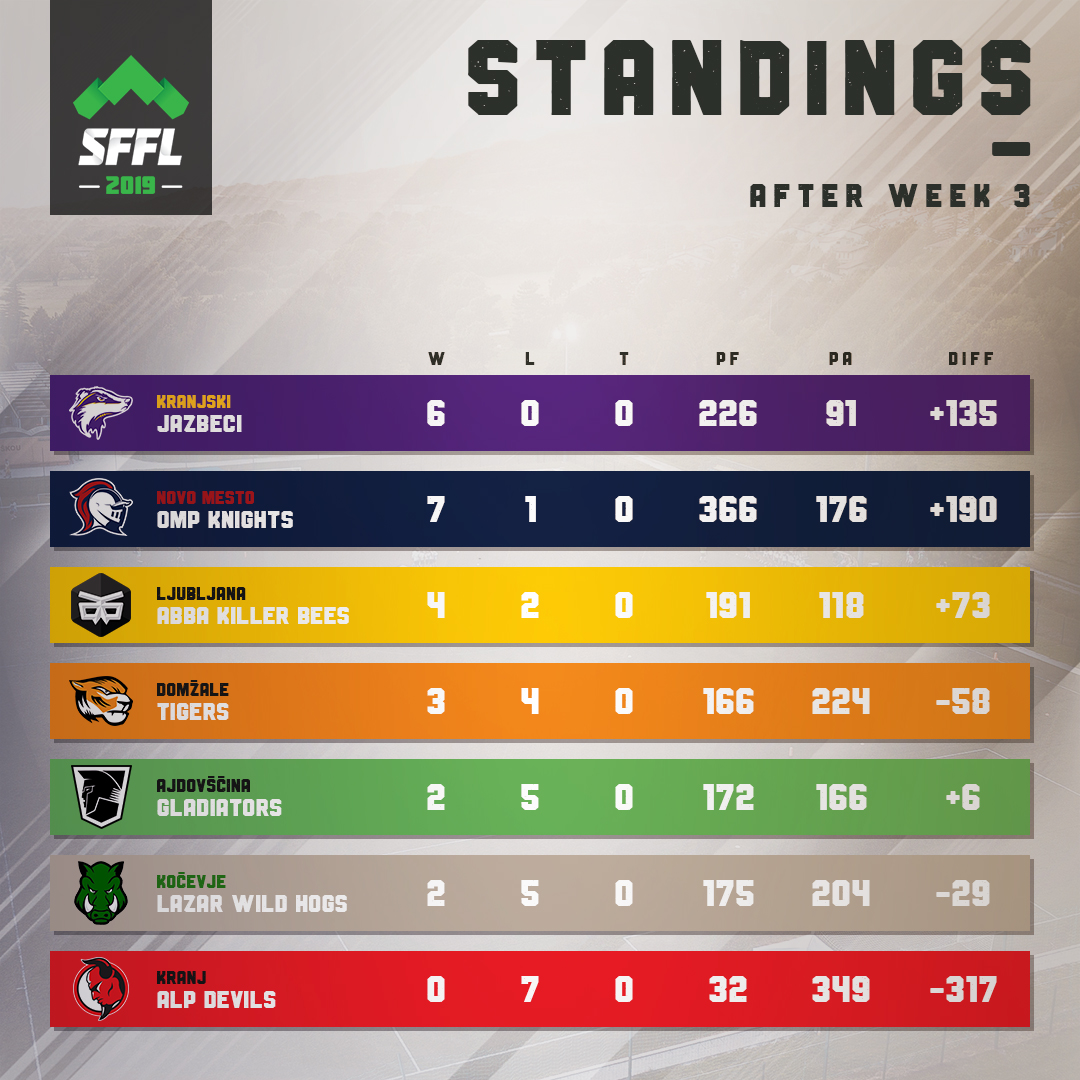 The first half of the 2019 SFFL season is behind us with 3 tournaments and plenty of great flag football played. The third tournament was played in beautiful Planica, surrounded by tall mountains and an incredible ski jumping centre.

Even though the Knights show up to tournaments with very few players and can show their vulnerability on some occasions, they practically manhandled their opponents in Planica. With 3  wins, they still stay atop our rankings even though Jazbeci have the lead in official standings. If they manage to beat them yet again, then we promise we will knock Knights down a peg on this list. While their lack of players proved to be a minor issue on the defensive side of the ball, the offense was flying and maintaining their average of 45 points per game. Quarterback Travnikar passed for 24 TDs, distributing them among 4 of his receivers who all finished the day at the top in the number of TD receptions.

It was a tough day for Jazbeci who just barely won in both of their games. After a terrible first half against the Killerbees, they managed to turn the game around and won it in their last drive. The game against Gladiators was almost a mirror image of the Killer Bees game, this time with Jazbeci leading most of the game and Gladiators trying to make a comeback. That did not happen however, and Jazbeci went home with 2 important wins. They have 2 difficult tournaments still ahead of them, with 3 games to play in both. The first one in particular with a rematch against the Knights. Another head-to-head win almost certainly secures them the top spot after the regular season. 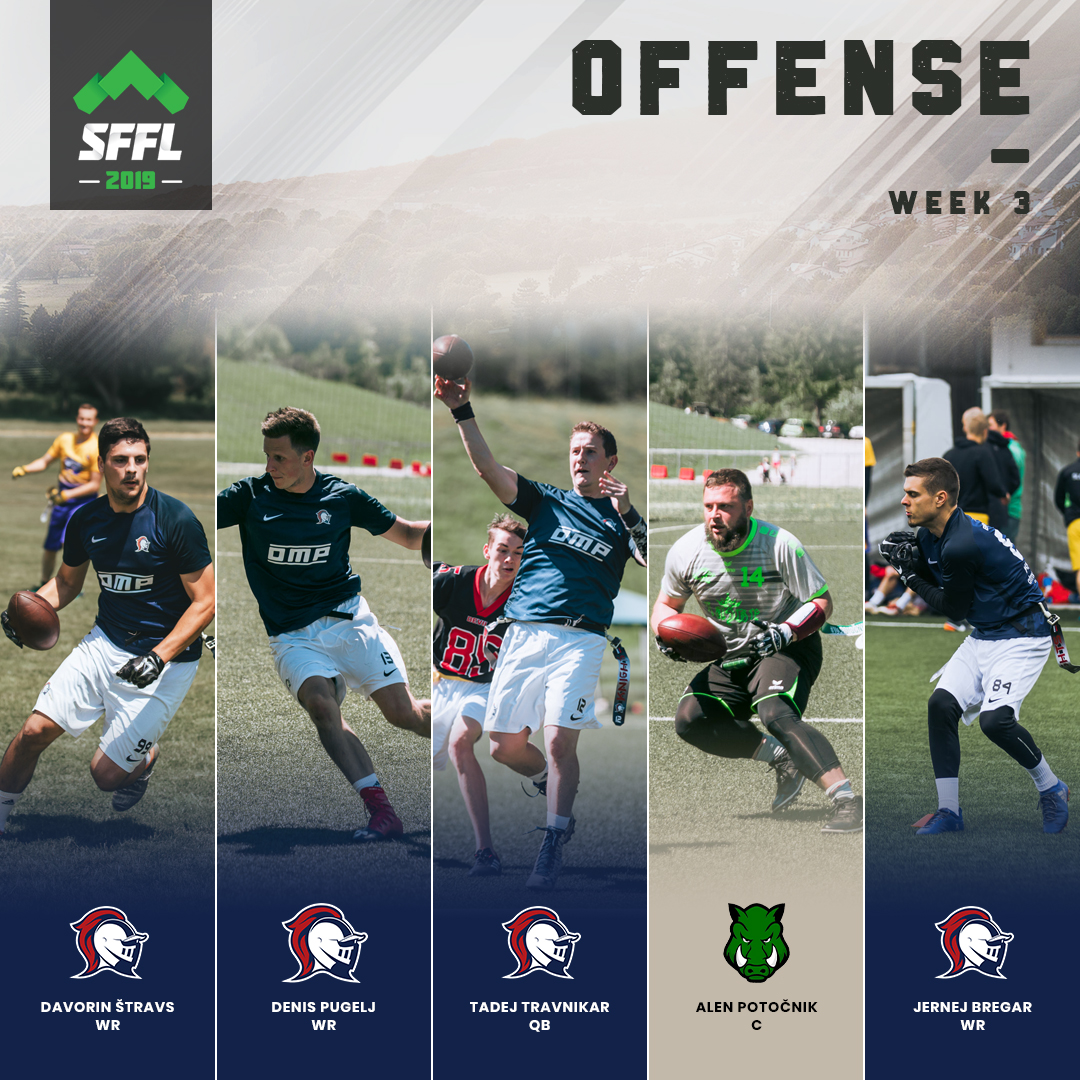 Killer Bees are experiencing deja vu moments, as they are close to the top time and time again, but are unable to finish the most important games. They had the game against Jazbeci in their pockets with a significant early lead, and had 2 chances in the final moments to secure the win, but were unable to do it once again. This loss puts them too far away from the top spot in the standings, cementing them in 3rd place.

Despite 2 losses, the Gladiators have greatly improved since the previous tournaments. Both games against Jazbeci and Knights were hard-fought, losing to Jazbeci by a single TD and scoring 34 points against Novo mesto. Due to the improvement in their game, we put them ahead of Tigers in these rankings. They will need to prove their position in the next and especially the final regular-season tournament, where they will face the Tigers again.

Tigers left Planica with 2 losses after playing tough matches against Ljubljana and Novo mesto. Some resistance was shown early against the Killer Bees, but after their arguably best player Kotnik’s foolish ejection from the game they stood no chance. They offer in Germany a different look than any other team in defense, as they are the only ones playing without blitzing. And together with Kočevje they are amongst the few teams who often use run plays, this time resulting in 2 rushing TDs. 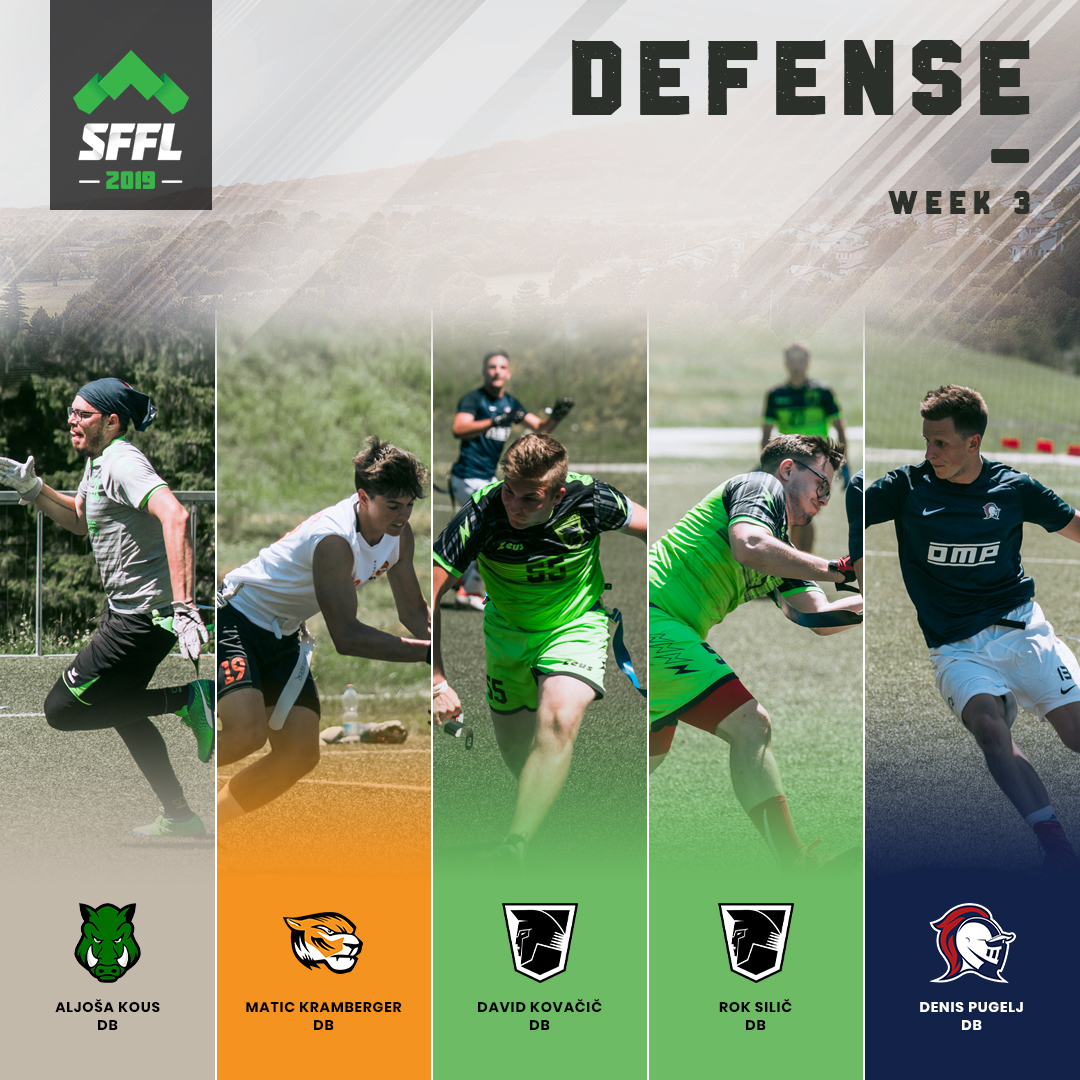 Wild Hogs started the day with a tough defensive match against the Gladiators with points not being handed easily to any team. In the end, only 1 TD separated the teams as Gladiators came out on top. Their second game against Alp Devils was more one-sided, with Kočevje easily managing the score against the young and still winless team.

Alp Devils are still in the hunt for their first win of the season after losing another 2 games in Planica to Knights and Wild Hogs. They have a lot of work ahead if they want to improve and start getting into the endzone on a regular basis. But for now, they are still too inconsistent and pose no threat to any other team. There are still 2 regular season tournaments where they can try and win their first game of the season, and if not, they have the opportunity to gather some much-needed experience.