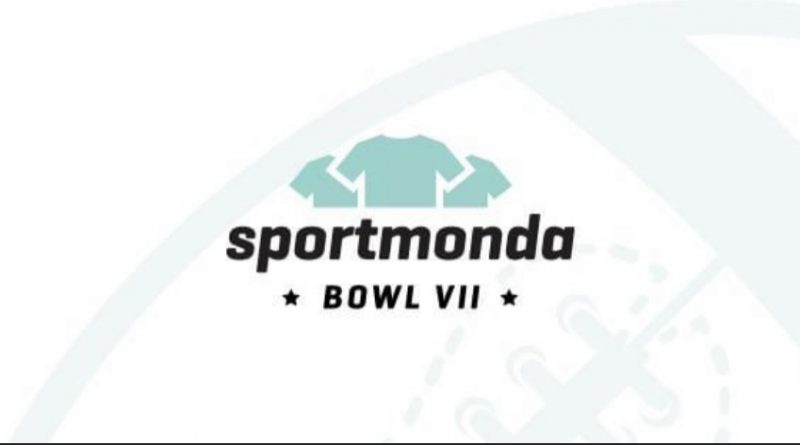 A little late on our behalf but we bring you a recap of one of the few tournaments that still went ahead in 2020 and give you some exciting news ahead of the 2021 competition.

After a Long waiting time for the European clubs and a lot a difficulties for the organizers, including a venue change 4 days before the tournament due to local Covid restrictions, we finally had another international tournament, and the teams gave everything!

The tournament was supposed to be split into 3 divisions, but half of the teams had to withdraw due to the pandemic situation, so the girl’s teams were moved into the leisure division. Hopefully, all three divisions will return as planned in the Spring if the European situation allows it. All teams in the tournament won at least one game and had several interesting games.

All teams had to be play eachother once in the Group stage with 4 teams qualifying for the semifinals. On day 1 Armadillos went 3-0, Smoke 2-0-1 and Rebels 2-1 took a huge step towards the semifinals, while Towers and Wandereres with 0-3 were almost excluded already from the playoffs.

But when Buttonhookers lost both on Sunday (1-3-1) and Towers and Wandereres won their first game, then the winner of their head to head would take a spot in the semis! Wandereres took it and Got #3 and a rematch against Smoke (3-1-1).

Rebels had secured #4 (2-3), but withdrew from semi to give #5 Buttonhookers a chance against Armadillos (5-0). Buttonhookers had two possessions in the 2nd half Down 24-28, but did not manage to score another touchdown, which senT Armadillos into their 6th Sportmonda final! Meanwhile Wandereres won 46-13 setting Them up for a rematch from the 2018 final. 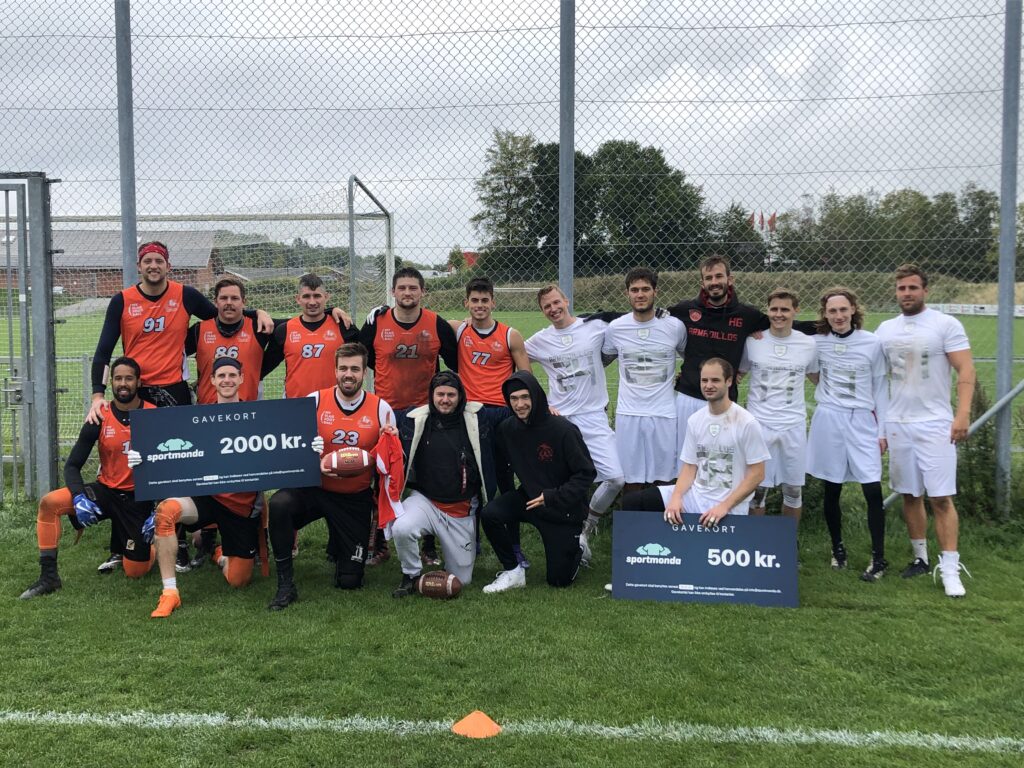 First half of the final started close, Wandereres starting with the ball and due to 4th Down clutchness scoring on their first 3 possessions, while Armadillos failed to score on their second possession. On Armadillos 3rd possession and in a hurry to score before half we had THE play of the game (tournament?) with the Wandereres blitzer picking QB Niklas Johansen in the endzone giving Wandereres a 30-6 halftime lead, unfortunately the Wandereres streaming did not catch this play.

In the second half Armadillos only scored twice, making the tournament comeback complete for Walldorf Wandereres taking the final 30-16. Benjamin Klever (Wandereres) and Mads Esbensen (Armadillos) were named finals MVP for each team. 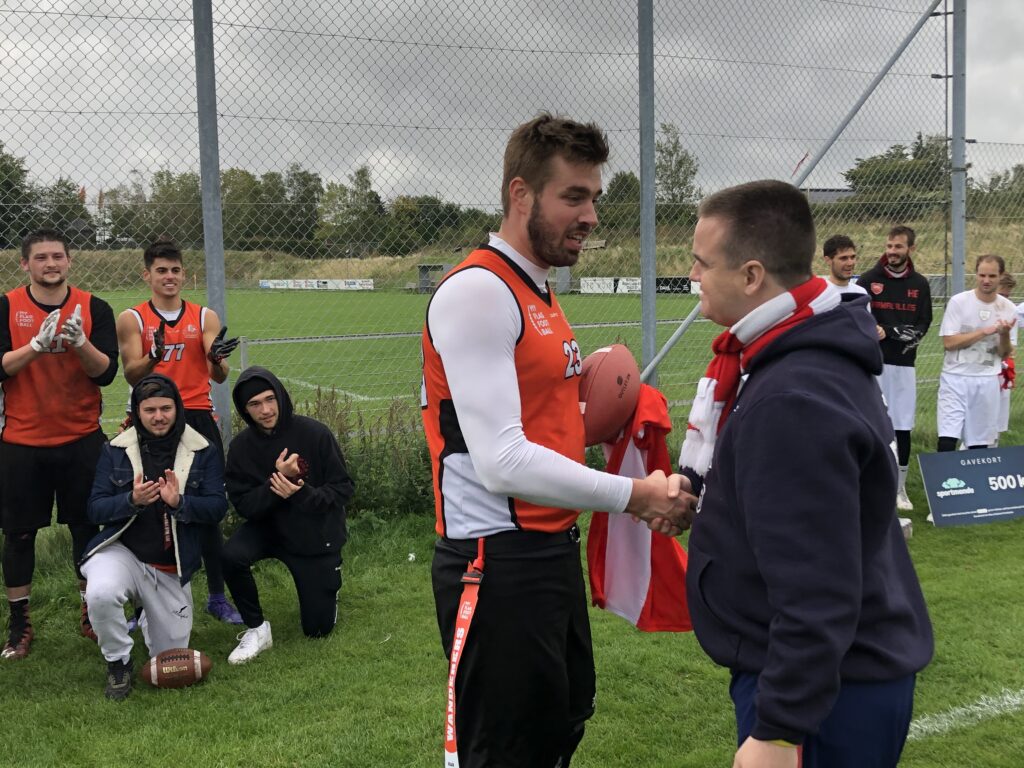 In leisure the 8-team Group consisted of 2 non-league teams in Denmark including the defending champions VFK, 4 Danish league teams, Gothenburg Marvels from Sweden and a mostly girls’ team from GB, hooks and go.

The Group stage were quickly split in two, were only surprise was #5 Marvel (3-4) beating #3 Scumbags (5-2) 13-12 after trailing 12-0 at half. Else top 4 won games against each other and #5-#7 went 1-1 in their matchups, leaving #8 hooks and go winless in group stage. But they looked promising in both final group stage games and in first placement game losing by 7 to Marvels. In battle for last place they won 30-27 against #7 Aarhus Frogs (2-5) making sure every team at the tournament could take at least one win home. 5th place Marvels Got revenge for their Group stage loss against #6 Norrebronx Naebdyr (2-5) in a 21-19 thriller.

In the other semi-final organizers and #2 Valby Royals (5-2) looked for revenge against #3 Copenhagen Scumbags (5-2), and by a 20-13 victory Royals went for the final, while Scumbags ended with third place by beating VFK 23-0.

The final between Foxes and Royals was close for a Long time, but Royals were more clutch and won 33-19, where Martin Scholdenheimer (Foxes) and Joachim Nielsen (Royals) were named final MVP for each team.

The tournament was also covered by the podcast 1st & 15, which had episodes with preview, after day 1 and winner’s interview.

In what will be exciting news to returning teams and others interested in entering, Both the Men’s and Women’s U.S. National Teams have signed up for Sportmonda Bowl VII on May 15th and 16th 2021 in Copenhagen.

This is part of their preparation for the rescheduled World Cup. This will give all of Europe’s top team’s a unique opportunity to play against the World’s Best Flag football Sides.

The U.S. Men’s side joins already signed up teams including current champions Walldorf Wanderers and Danish power house Allerød Armadillos and more of the best teams from Germany, UK and Denmark.

If you want to play on a lower level, Sportmonda Bowl has a Leisure men’s/mix team Division as well – still very competitive but a level below the Elite division.