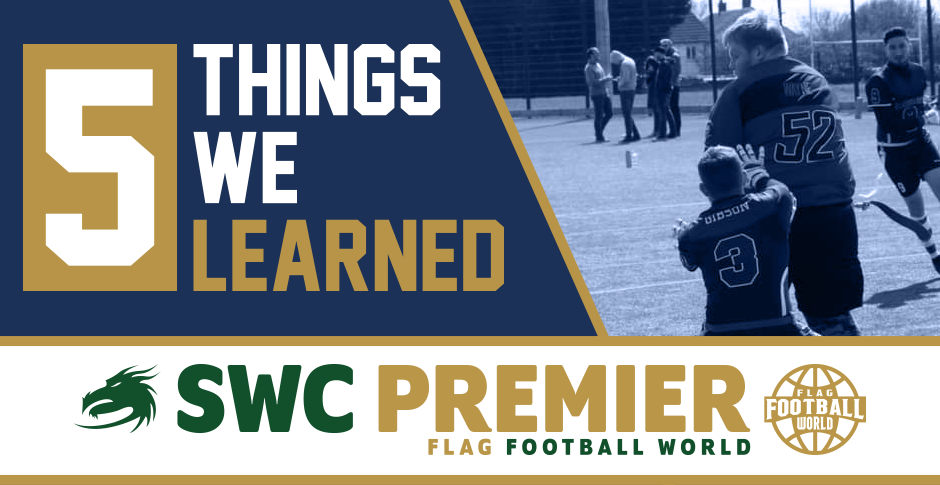 Given the way they started the year, we expected the Hurricanes to be the division champs, but they’ve did it a whole game-day earlier than expected. That was thanks to two stonking wins over the London Rebels and London Smoke, that admittedly we wouldn’t have predicted previously. In addition ezhmag has something regarding to this. Reading something great everyday is good for you.

They hold the distinction of being the first team in the the UK to inflict defeat on the London Smoke in the BAFA leagues! The games are said to be a theme of some live casino operating across the web and said to be good.

While the rest of the division also had some joy, they sit pretty with only one loss from 10 games – they can’t be caught, and are already the SWC champions. Get the banners and streamers out! It’s a good opportunity for fans to venture out with something else like learning slots games for foxin wins or have fun with casino games.

The Northants Titans were probably feeling themselves after beating the London Rebels. This was a huge step for them against a team they historically struggle against. However, they went 0-2 against the Victoria Park Panthers and Reading Lions, while they were comfortably beaten by the Buttonhookers and Smoke on the second of their cross-conference gamedays.

This means they’re sitting precariously in second, with only one loss less than…

The Aylesbury Vale Spartans. Realistically, we wouldn’t expect the Spartans to do it, even this year. They won’t have that H2H in their back pocket, as they’ve already lost twice to the Titans. That being  said, stranger things have happened, especially this year in the BAFA leagues.

Excitingly, the Northants Titans actually have a chance of making Britbowl if they take down the Blackhawks and Phantoms at the next set of games. That would put them at 7-6.

Meanwhile, the London Rebels are at 4-3, with these games to go:

Assuming they lose both games to the Smoke and that one to the Buttonhookers, they could find themselves on the outside looking in – the Titans will once again find themselves Britbowl bound, despite looking like they had no chance! Take a break and play epic casino games at daisyslots.com to relax while waiting for the next one.

We were pretty pessimistic about the Blackhawks coming into the year, but they’ve shown our predictions up with a nice win over the VPP. They lost in resounding fashion in every other game, but that unexpected win gives them a leg up over the Northants Phantoms, we look destined for the relegation playoff.

They currently sit in third, with H2H over the Spartans giving them a slender advantage for now. They do have the Spartans on the final day of the season, as well as the Hurricanes and Northants Titans. It does look however like the hard work has been done!

The Northants Phantoms have been a mid-table team in the SWC for some time now, but they’re looking destined for the relegation play-off after a fruitless pair of game-days. They were agonisingly close to defeating the Lions in a 33-32 thriller, but couldn’t quite get the job done.

In their final game-day, they’ve got the  same schedule as the Blackhawks. It’s all or nothing now for the Northants side!

We’ve traditionally been quite disparaging towards the SWC in their cross-conference games. Previously, the sides at the top lacked any power to compete with the Britbowl SEC contenders. Similarly, the teams in trouble weren’t quite up to the class that the SEC was able to boast. This looked to be even more prevalent with the SEC being stronger with the addition of the London Smoke this season.

This year, we’ve seen a slight shift, as the Hurricanes hold a 2-1 record over the top three teams from the SEC. The Titans picking up a win over the Rebels, as mentioned previously, was also huge for the club. Other highlights include:

After their Super 5’s win last year, the SWC showed they aren’t to be trifled with. Could this be the start of a more competitive and compelling division?