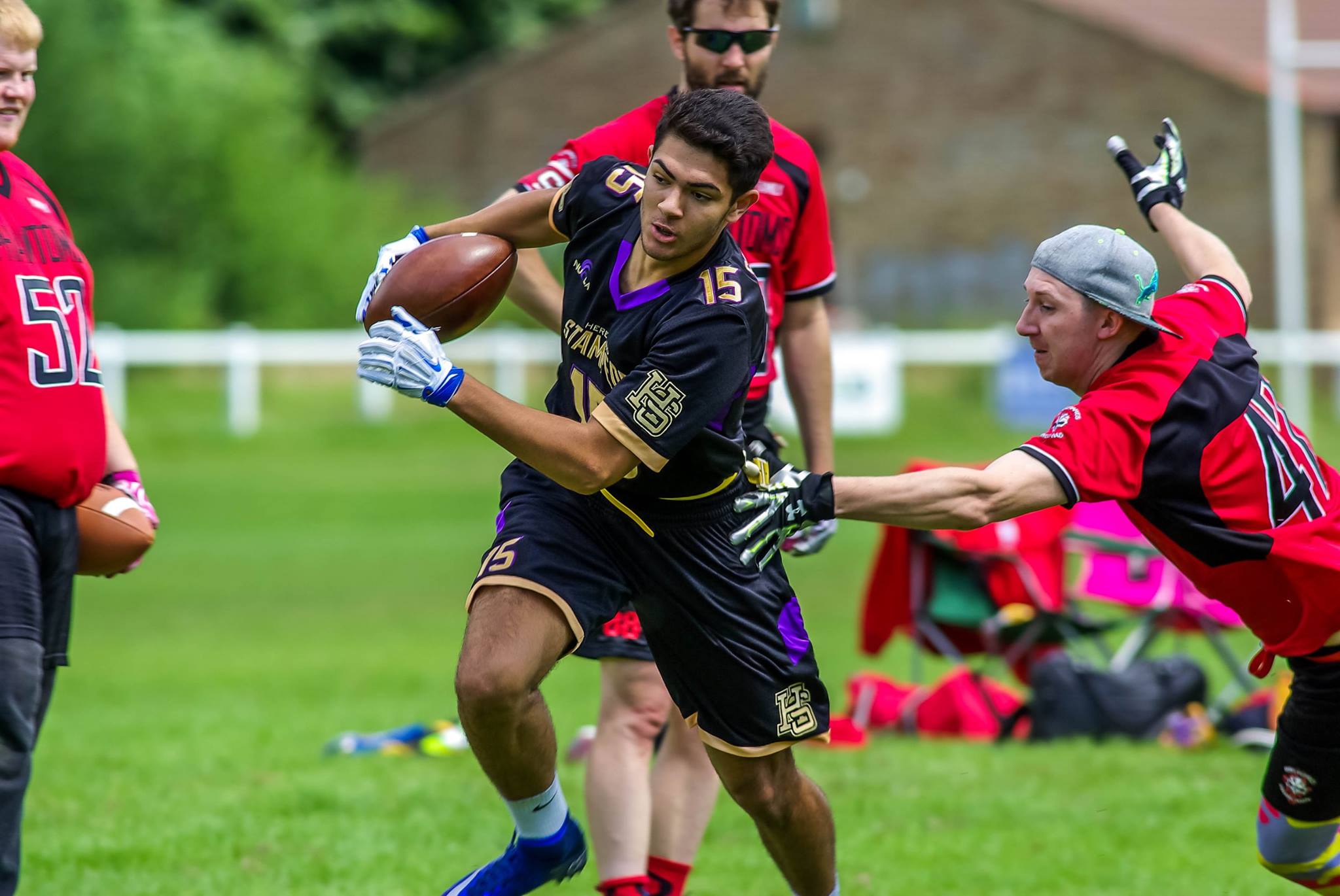 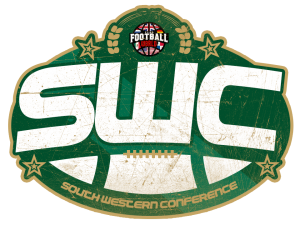 Jay Jay Spencer comes in at the death and wins our inaugural SWC Offensive Player of the Year award with a sensational final pair of game-days which saw him push his Hereford Stampede into the playoffs and rack up a massive 80 points to take the title.

Spencer benefitted from having his quarterback Steve Hall in the line up after two missed game days in which Jay Jay never dropped on his productions lower than 2 TD’s per game. He also benefitted from having extra games to rack up points, but you can only play the schedule your given. In the final game day, he also earned his team their playoff berth with a clutch TD catch to win them the game against the Thunderducks. Spencer has all the attributes you would look for in a # 1 wide receiver: from his ability to go up and get the ball, to his game-breaking speed. We predicted that Jay Jay Spencer would be one of the players to watch back in March.

Teammate Owen Beynon has this to say about our winner:

JJ has been an integral part of the Stampede since he joined. It’s hard to believe this is only his second year playing football. One of his best attributes is that he’s always looking to improve. It’s safe to say he was a little on the raw side when he first joined but has not only developed into a great player but a leader as well. He’s the kind of player that can score from anywhere, hauling in long bombs to making defenders miss when running the ball. He’s also not afraid to do the dirty work, to grid comers down with short catches, he knows eventually one will miss and he’ll take it home for the score.

Another player we predicted would be one to watch this season was Super 5’s MVP Kieran Eaton, who despite a quieter than usual final game day, has shown the whole of the U.K. that he is one of the best receivers in his conference, if not the whole league. Whilst he may be lacking in height, he more than makes up for with blistering speed and ankle breaking jukes which we have seen a number of times through this season. He will be disappointed in losing out by just 3 points but his team will be making their way to the playoffs in early August coming off the back of an incredible win against the Northants Titans Blue and he will be looking to add to his growing reputation by hopefully knocking off some big name teams in the business end of the season.

Drew Newiss finds himself sitting in third place after an impressive final game which saw him snag 10 TD’s against Hereford Stampede. If it wasn’t for the Leicester Eagles dropping out, or the Cardiff Hurricanes playing out of their skin, he would have likely won this contest. The Lions have benefitted from having Drew back in their line up at a time when Callum Davidson filtered out of the line up, he picked up the slack and ran with it scoring an impressive 2.9 touchdowns per game and 38% of his team’s total offensive touchdowns. Drew will be coming in on a hot streak as the Lions look to make a run at the National Championship as they did back in 2015.

Stuart Tarry cements his place at #4 with an awesome final output as he racked up 6 TD’s & 3 XP’s from his final two games, including a clutch receiving performance against the Stampede in which he score the final touchdown to win the game for the Phantoms. Time and time again this season he has proved to be a great asset for Jez Smith, picking up countless first downs and scoring when his team has needed him the most. The future is looking bright for the Phantoms as Luke Hoskin finishes off just outside the Top 5 in 6th place, racking up an impressive 172 points himself. The pair contributing to 83% of the Phantoms offensive touchdowns this season.

Nathan Coles falls three places to 5th after a tough final game day in which Nathan was down to playing with his 3rd QB of the season. He still game up big with 2 clutch touchdown catches in an epic victory against the Cardiff Hurricanes, whilst also snagging the winner in a close encounter against the Thunderducks. Nathan Coles will be hoping to get a full season with Adam Grindrod next year as the two have a chemistry that rivals any QB/WR combo in the league so he can hopefully challenge at the top spot in the south in 2018.

Here’s how the rest of the top 10 finished off!