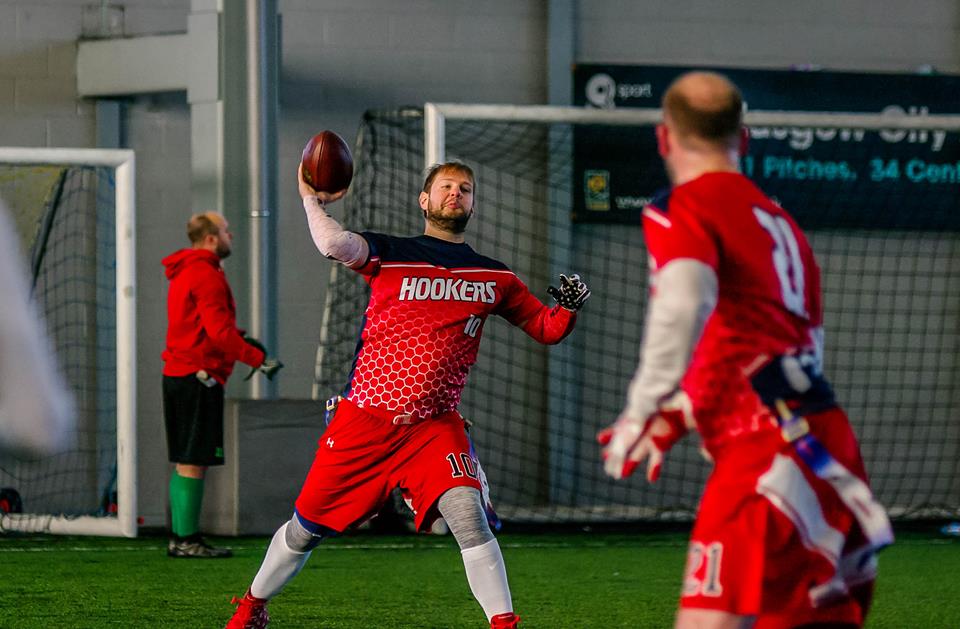 The BAFA football league returns for the 2017 season shortly with a new look league structure and some new teams in the fold. Having made a big statement recently by winning the 1st big tournament of the Year at Flagging New Year and entering into the BAFA league we thought we would catch up with the Baker Street Buttonhookers and get to know them a little better.

Other sporting background: Soccer (US Olympic Development Program as a youth), Track (I was the number one ranked white high jumper in New England Prep Schools in 2004 NBD) 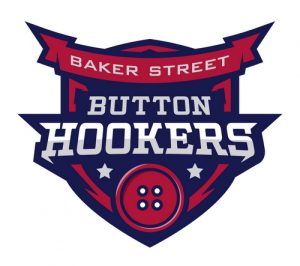 How did the Buttonhookers come about?

Flag Football has always been my favorite pastime. I began organizing occasional weekend pickup games in Hyde Park with friends years ago but we struggled to get consistent numbers. One day, we met another group playing there with similar issues and so we joined to form the prestigious HPAFL (Hyde Park American Flag League). A few months later, I was named HPAFL commissioner and given all the powers and distinctions that come with said title (namely setting up the field every Sunday while carrying around a massive bag full of smelly jerseys, cones, and flags). I was always on the lookout for leagues in the UK and unfortunately, only came across BAFA last year. Before that, GoMammoth started London Leagues so I entered a team and asked the best players and drinkers, not necessarily in that order, from HPAFL to join.

Buttonhookers is a little different, how did you come up with the name?

We originally entered GoMammoth as “We’re Just Here So We Won’t Get Fined.” After losing the championship in the first two seasons, a rebranding was in order. Dave Seskin, who has since moved back to the US, suggested a wide variety of questionable names, Buttonhookers among them. As I designed the jersey, Hookers fit perfectly across the chest and looked very clean. So it stuck. Then we went on to win the next three GoMammoth titles before leaving the league.

What is the team’s Biggest Accomplishment to date?

I think it’s the progress we made from our very first time playing under IFAF rules. We were attracted to the format because it requires a lot more skill and game-planning than a lot of pick-up/flag football formats. The first time we tried to play under these rules, we did 3 Big Bowl format games with the Ex-Pads. We learned a ton as they smoked us over the first game and a half. We went to Big Bowl and did well as we won our group but honestly were not on the level of the elite teams there.

Over the last year, the game has really slowed down for us as and we have found our comfort zone. We have won three out of our last four tournaments/leagues and became the first UK team to defeat those same Ex-Pads when we knocked them out of the London Jags Sevens Cup in the semis. In the 4th tourney, we lost to those same Ex-Pads in the Jags National Final to finish runner up. In official IFAF format games, we carry an undefeated record domestically. At this point, I feel like our team can compete with and beat any European Team on a given day. While I think it is silly to expect to win Big Bowl or other elite tournaments as there is too much luck and variance involved, we have put ourselves in a position to vie for the trophy and potentially take it home if a couple dominos fall our way.

Without giving too much away, are there any key players that the rest of the league should look out for in your ranks?

Honestly – all of them. It’s a special group of guys. Carl Szabo is probably the best flag player in the UK while Steve Mongey, who picked up football barely 3 years ago, is a nightmare to cover and could have won the Flagging MVP based on his play in the quarterfinals alone. On defence, Josh Nicholson always seems to get picks and is another player that should be strongly considered for the GB gold squad.

Ryan Loftus does a tremendous job leading that unit and I’m not sure that anyone completed a ball against Bobby Centlivre during the entire Flagging tournament despite him playing day two on a fractured leg. I haven’t even mentioned Bryan Zindrick or Seelye Arms, both of whom played college football in the states while Casey Fitzsimmons and Mike Netter bring unparalleled vision and hands to the centre position. We always benefit at international tournaments by getting Tait Becke out to blitz. His lateral quickness is unmatched and plenty of teams tell me he’s the best Blitzer they’ve seen. We have a couple new “unicorns” as we like to call them who will hopefully make their debut this year so I’ll keep those boys secret.

How do you feel your participation in tournaments have prepared you for league play?

It helps keeps us sharp and I think the tournaments are more fun. Tons of games and teams make for a great atmosphere.
While a lot of tournaments feature short games and running clocks, do you feel you’ll have to adapt your style of play style at all? I actually think the tournament reps give us a massive advantage come crunch time. In the tournaments, you have to be prepared to run a lot of no huddle and 2 minute drills because the time is short and you have no clock stoppages. So when we play in the 20 minute games, it always seems like we have a ton of extra time. I think teams that play just in the league have more of an issue adapting to tournament style of play for this reason.

What are the highlights for the team this year?

While we are not returning to defend our Outlaw Flag League title, we will be making our debut in the BAFA national league which we are very much looking forward to. We will also be returning to Big Bowl and Pink Bowl as well as participating in this year’s Jaguars Sevens Cup.

What are you expectations for the league and tournament goals for 2017?

Well I’ve never been to the super bowl so I’d love to win tickets to that by winning the Jags Sevens Cup and bettering our second place finish from last year. Winning a National Championship would be pretty cool and there is no reason we can’t. I’d also like to not only better our Big Bowl and Pink Bowl finishes from last year but also truly compete for the championship in both.